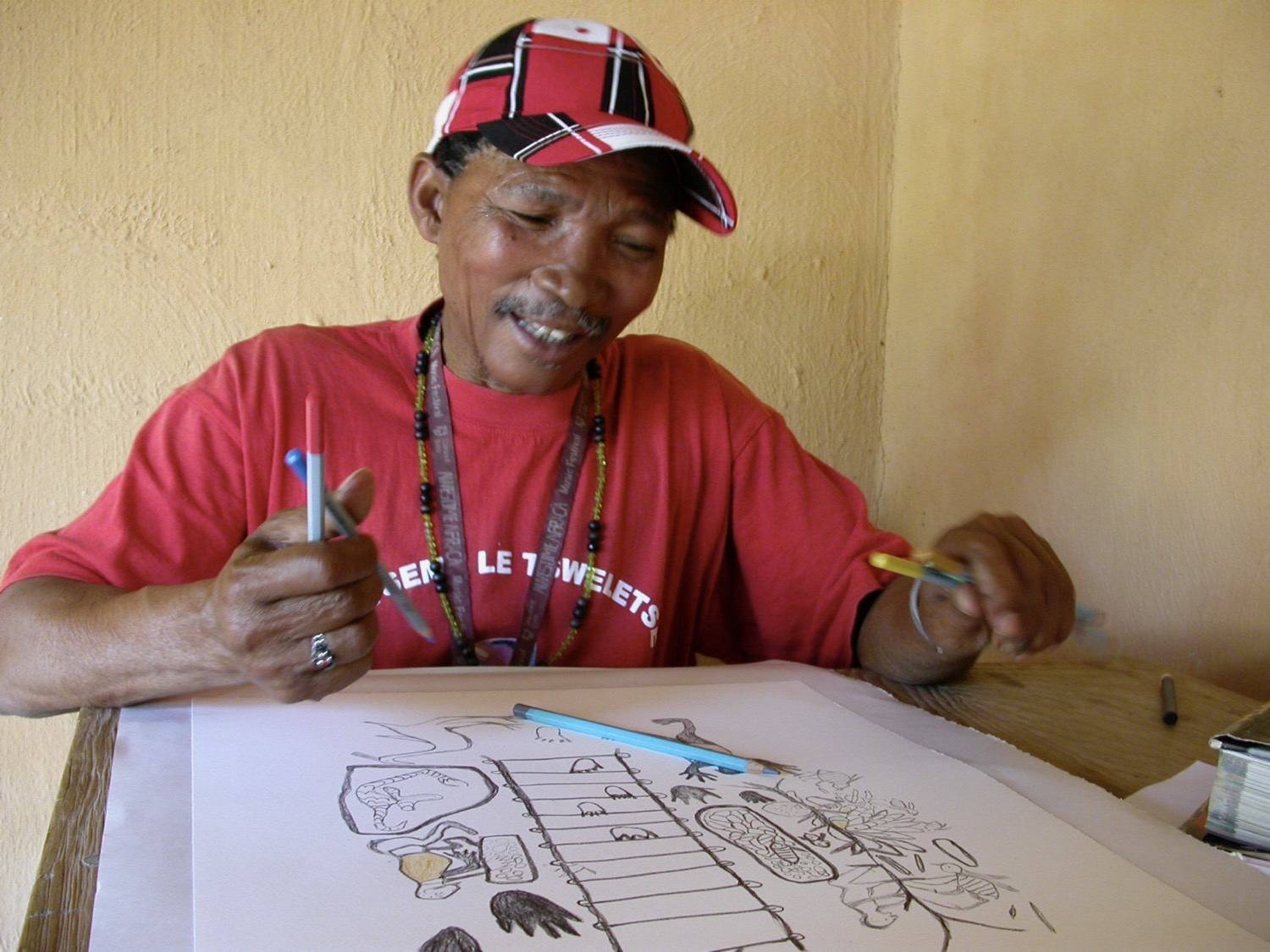 Xgaiga Qhomatca was born on the farm "Uitkoms"  in the late 1940's, in the Ghanzi district of Botswana. He grew up in a large family of eight children and worked as a farm labourer from a young age herding cattle and tending gardens. He never attended formal schooling. The farms were big and unfenced during those years. There were many wild animals and he often went hunting with his father and grandfather. He is well known for his knowledge of the veld and San culture. He remembers seeing herds of springbok, gemsbok and giraffe on the farms where today there is only an occasional kudu to be seen. He also encountered lions and leopards, and sometimes when it rained heavily, elephants would wander down from Lake Ngami into the Ghanzi farming area.

Xgaiga Qhomatca is married to Ncg'abe Taase, also a member of the Kuru Art Project. Together they have nine children. They depend solely on their art as an income to support their large family. The artist is also a fine performer and instructor of the traditional games, dances and music of the Naro San. He joined the art project in 1997. He started working with oil on canvas but was soon introduced to the lino printing technique, which he enjoys a lot, having since become an expert in colour reduction lino prints. He was chosen as one of four Kuru artists to attend a printmaking workshop, together with some Native American artists, at the Tamarind Institute, Albuquerque, New Mexico in July 1999. 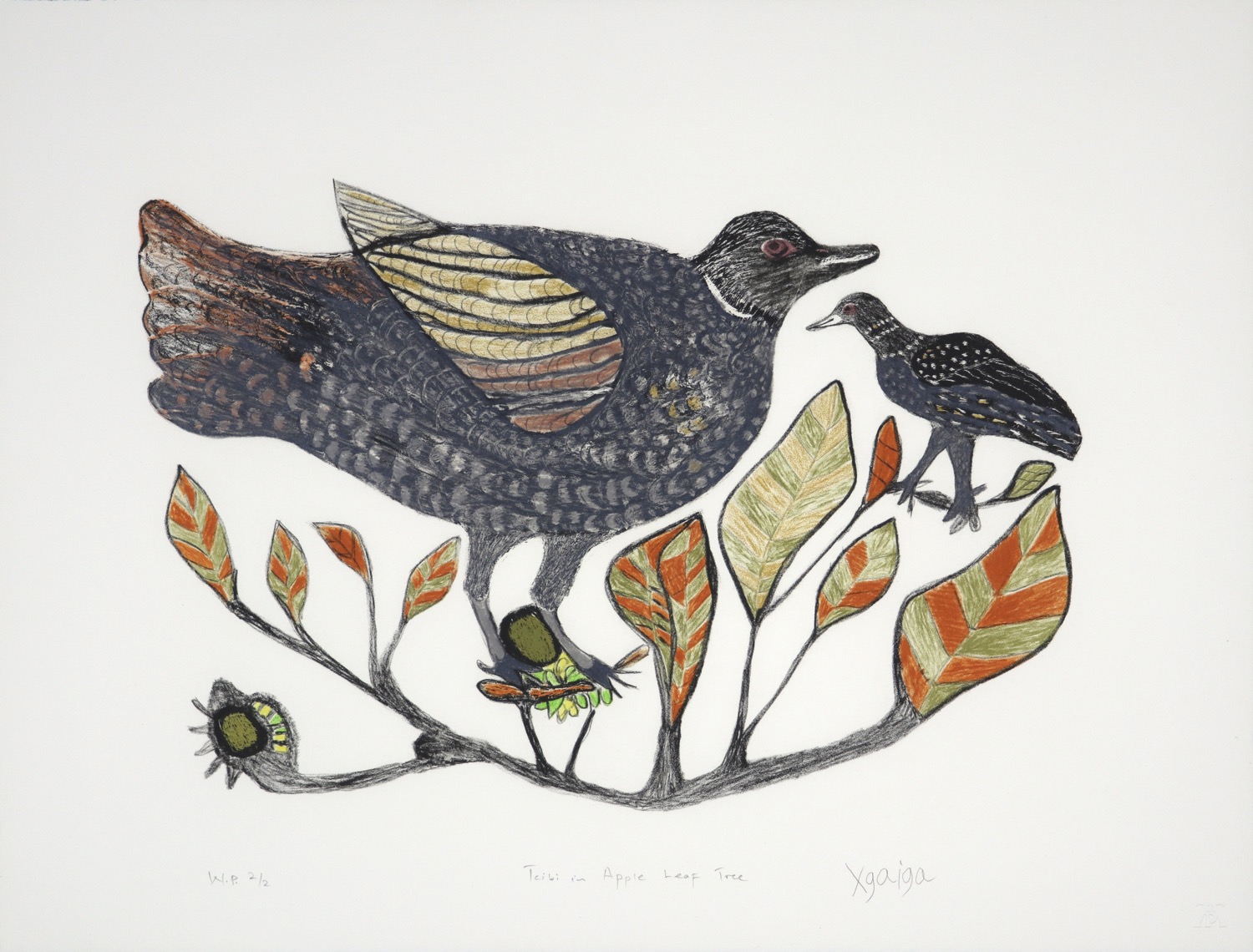 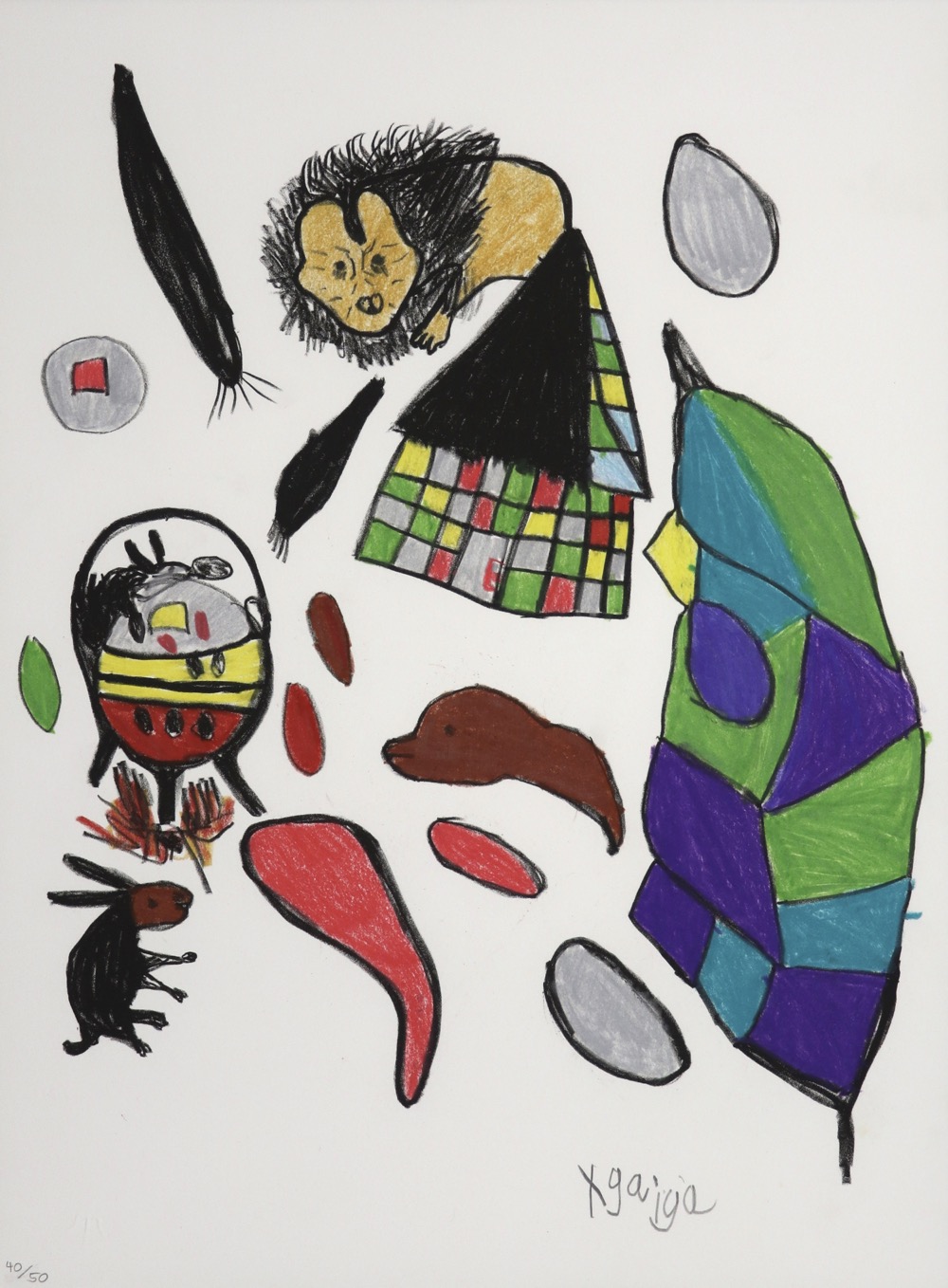