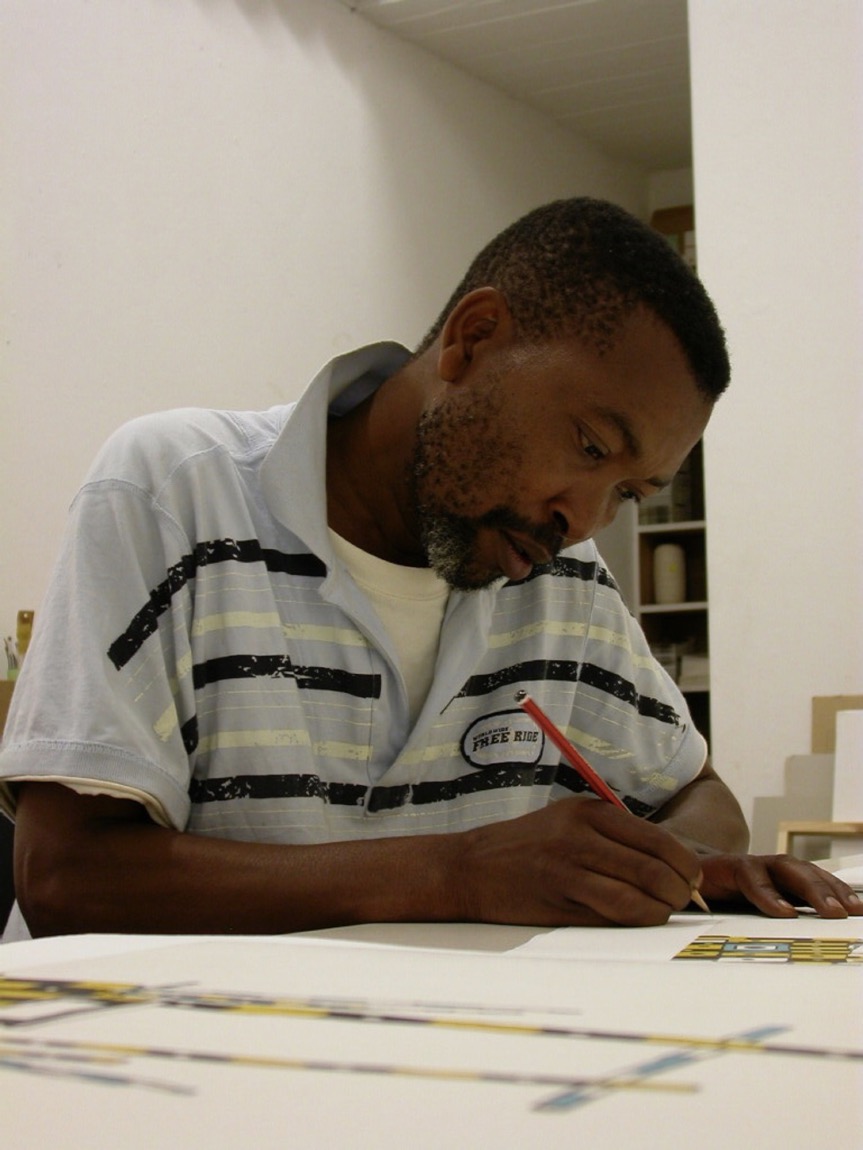 Thami Jali was born Lamontville, Durban in 1955. He matriculated at Dlangezwa in KwaZulu Natal and started to study for a Law degree at the then University of Zululand when he met students from Rorke's Drift. This meeting was a pivotal moment for him as he decided to drop out of law to study at the Rorke's Drift Art Centre.

Thami Jali went on to study ceramics at the Natal Technikon. Later he moved to Johannesburg where he taught pottery and sculpture at Mofolo Art Centre in Soweto and also worked at the Kim Sacks Studio.

Thami Jali is said by Lionel Davis to have felt that many of his peers at the Rorke's Drift Art Centre were not sufficiently politicised, Jali has since commented that it was not only his peers that he tried to alert to the demands of the Struggle but also the wider community. This was made possible for him through the medium of prints, the democratic multiple.

Jali's work continued to deal with social and political issues and he was part of the movement focusing on mural art which emerged in each of the country's three major cities shortly after 1990. In Durban, Community Mural Projects was formally constituted by Terry-Anne Stevenson and Thami Jali (later joined by Ilse Mikula) in 1991. One of their first murals dealt with AIDS awareness. Whilst in Durban he coordinated The BAT Visual Arts Studio which provided a space and facilities for artists who would otherwise not have been able to produce work.

In the mid-1990's he moved to Nelspruit in Mpumalanga. At The Matsulu Centre, Jali was involved in training youth in ceramics with the support of the Department of Arts and Culture. It was here that he became aware of the work of outsider artist Nukain Mabuza.

In 2004 he returned to Rorkes Drift, to assist in re-establishing the ceramics studio there with the support of Khumbulani Afrika. Since then he has established his studio in Durban.

For orders (with free shipping) or any other enquiries, contact us. 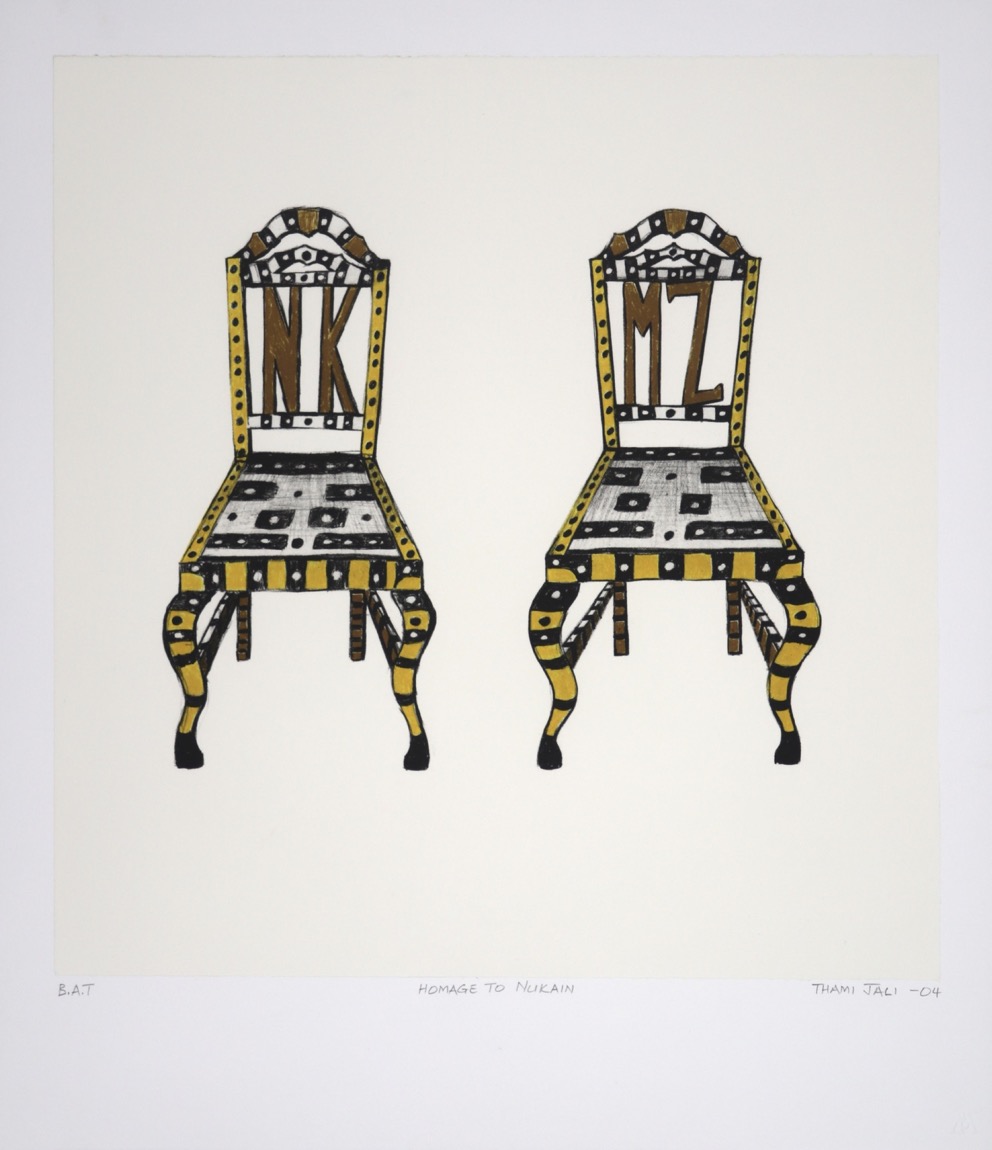 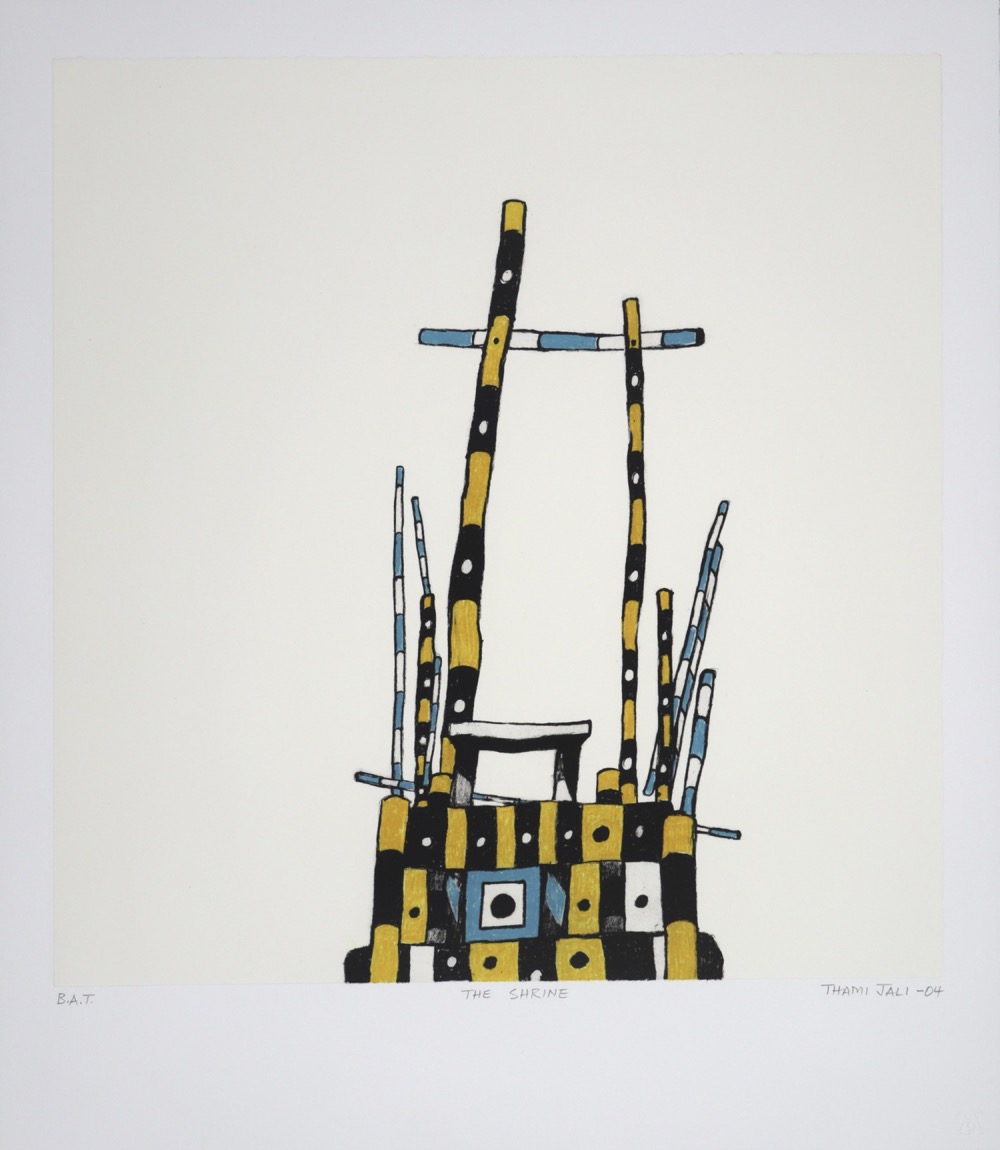 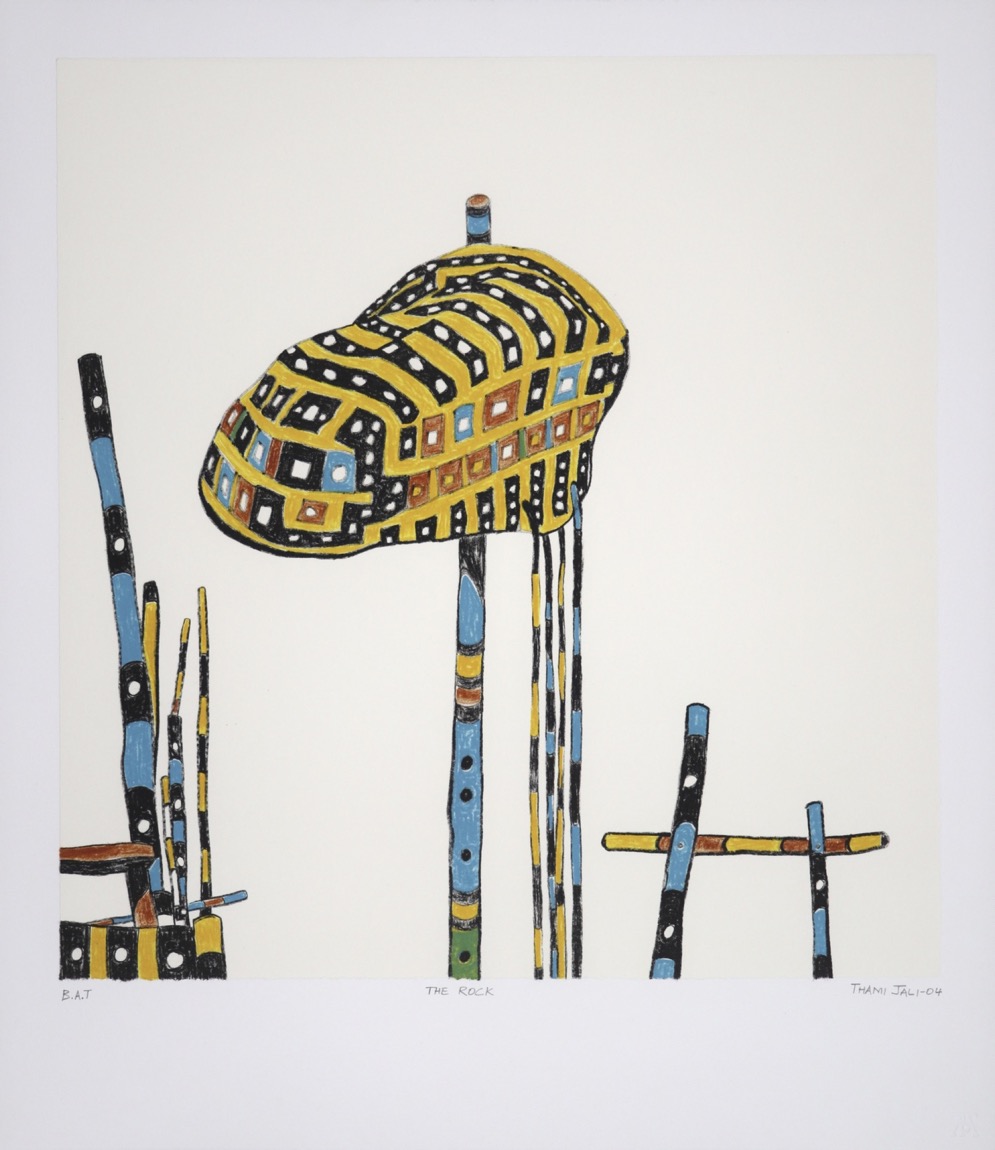 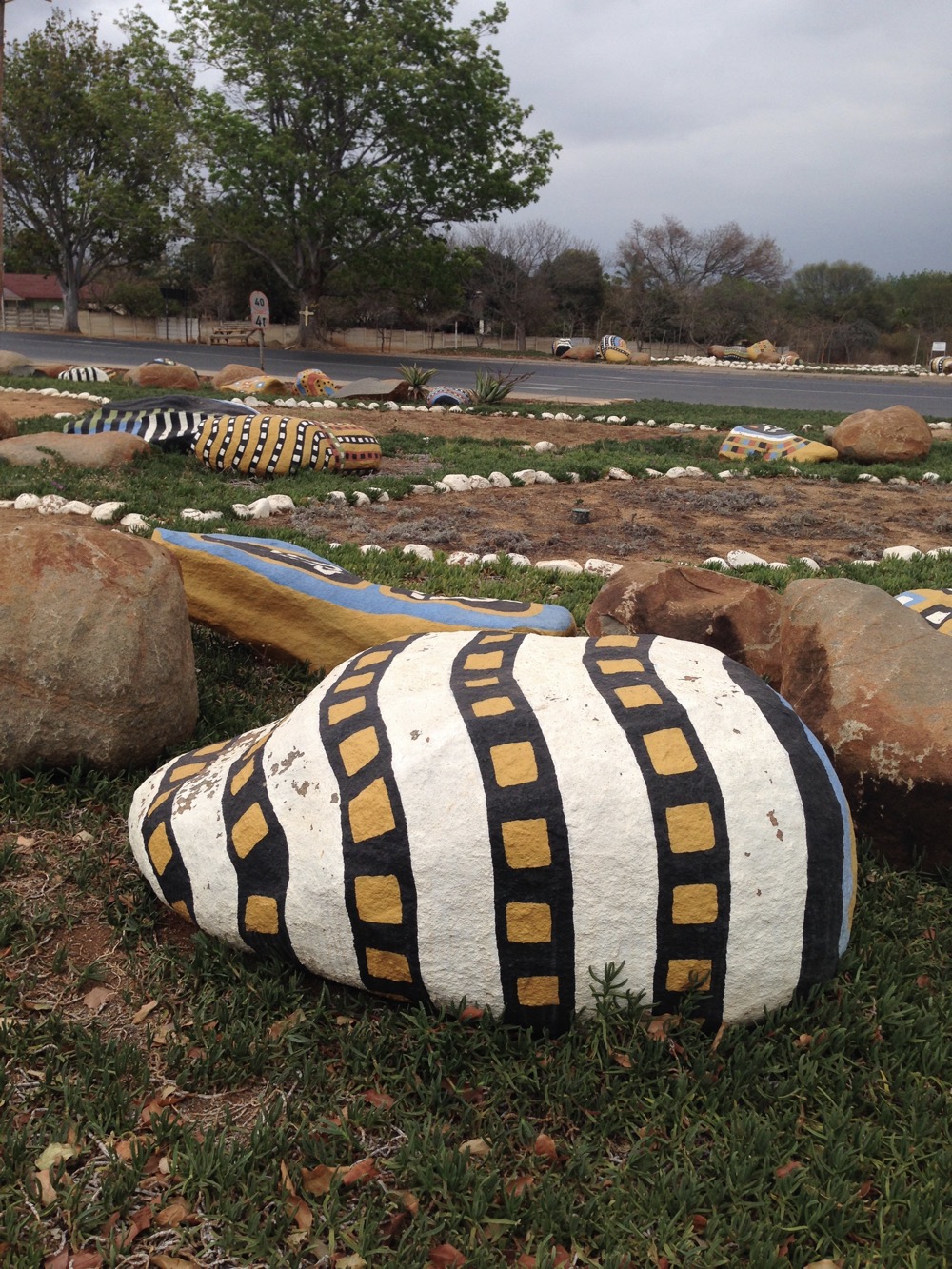 The main entrance roads to Barberton have been decorated with painted rocks inspired by the work of Nukain Mabusa.