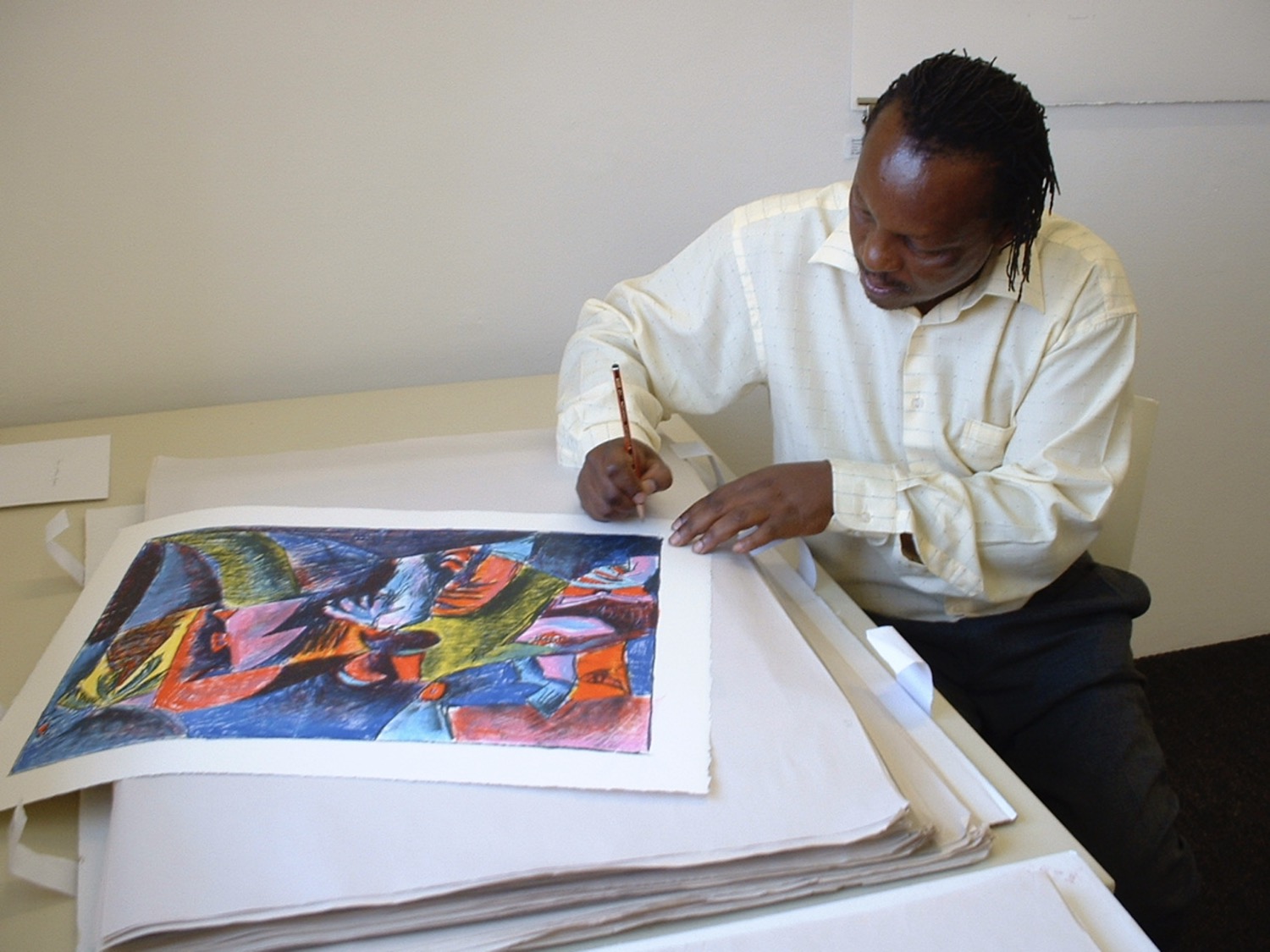 Tony Nkotsi was born in 1955 in the Western Township of Johannesburg. During his schooling years, he would spend any money that his mother gave to him on art materials and spent his Saturdays at informal art classes in Orlando, Soweto. Here he was exposed to contemporary South African art and was particularly impressed by a large drawing by Dumile Feni. His involvement in the student uprisings of 1976 saw him being detained. On his release he attended art classes at the Mofolo Art Centre where he met Dumisani Mabaso and Gordon Gabashane who had recently graduated from Rorke's Drift. Inspired by these men, Nkotsi studied at the Rorkes Drift Art Centre for three years from 1980 to 1982, the year that the Art Centre closed down.

At Rorke's Drift, Tony Nkotsi was exposed to the world of "democratic multiples"; a way of making art that linked to his political sentiments. Far from being limited to linocuts, the Centre's curriculum offered a wide range of print media, intaglio processes such as etching, aquatint, drypoint and mezzotint, as well as woodcuts, screenprints and other forms of colour printing. This curriculum was arguably more extensive than the printmaking training available at most recognised tertiary institutions of that time in South Africa. What he learned at Rorkes Drift remains today in Nkotsi's commitment and mastery of print processes. Much of the work underscores the political dimension that was encouraged at Rorke's Drift by the debate around social issues. This can be seen in work that is overtly political such as his Portrait of a Man (Biko) 1982.

His friendship with Dumisani Mabaso remained strong over the years and Nkotsi was instrumental in setting up the Squzu Studio for printmaking at Mabaso's home in Bertrams, Johannesburg. He also assisted with establishing the Hammanskraal Art Project and taught printmaking at the Open School (JHB) from 1984 and at The Federated Union of Black Artists (FUBA). From 1986 he taught at the Johannesburg Art Foundation. The effect of these institutions can be seen in the quality of his work and in particular in his enjoyment of abstract expressionist forms, seen in The Poets Convention prints. His arts community involvement extended to participating in a number of Thupelo workshops including the Ujamaa International Artist's Workshop in Mozambique.

In 1988 Nkotsi was awarded a British Council scholarship to work at the Peacock Printmakers Studio in Aberdeen and at the Printmakers Workshop in Scotland. In 1987 he held a solo show at Goodman Gallery and has participated in many group exhibitions locally and abroad.

Artists Gallery from A to L (by surname)

Artists Gallery from M to X (by surname)

For orders (with free shipping) or any other enquiries, contact us 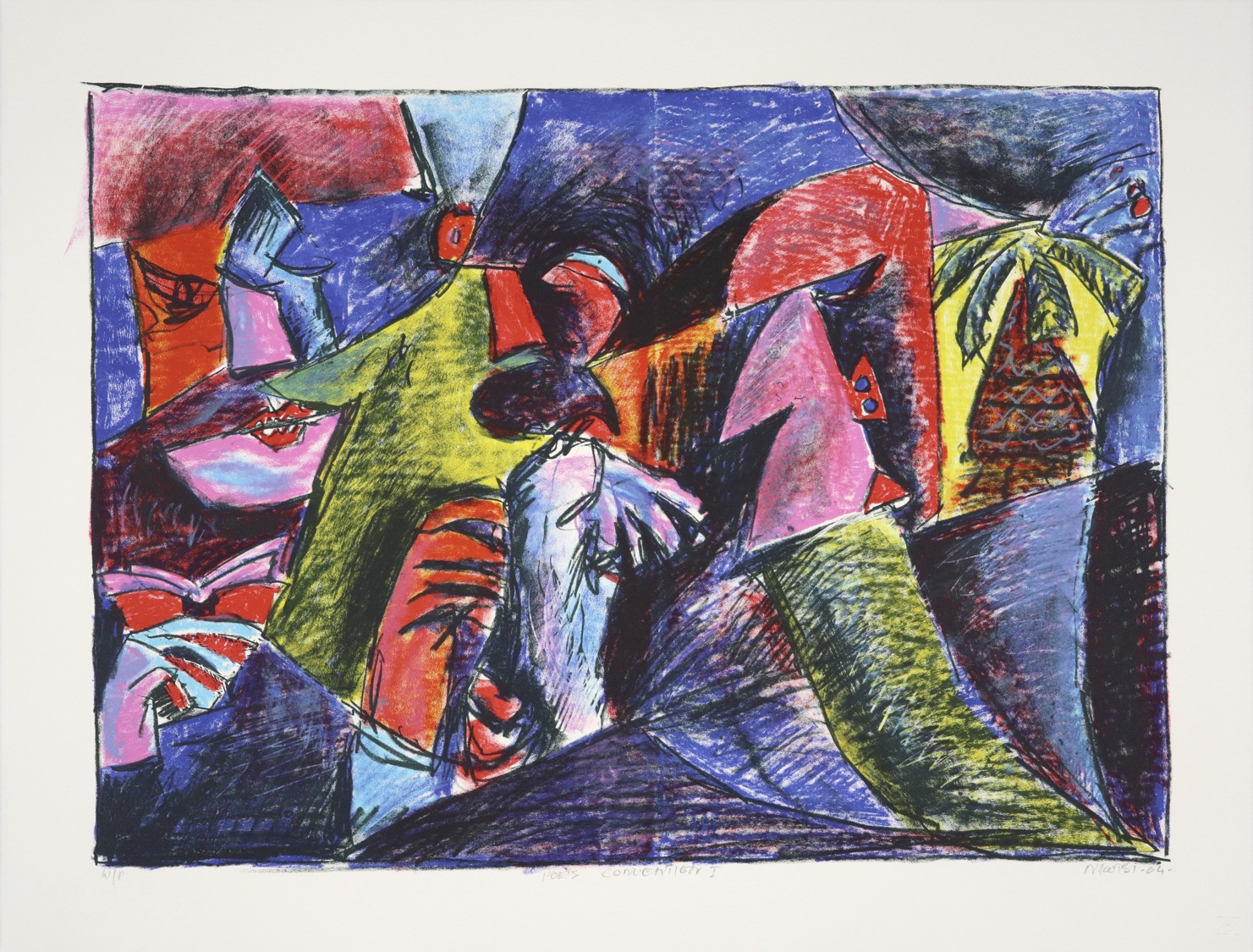 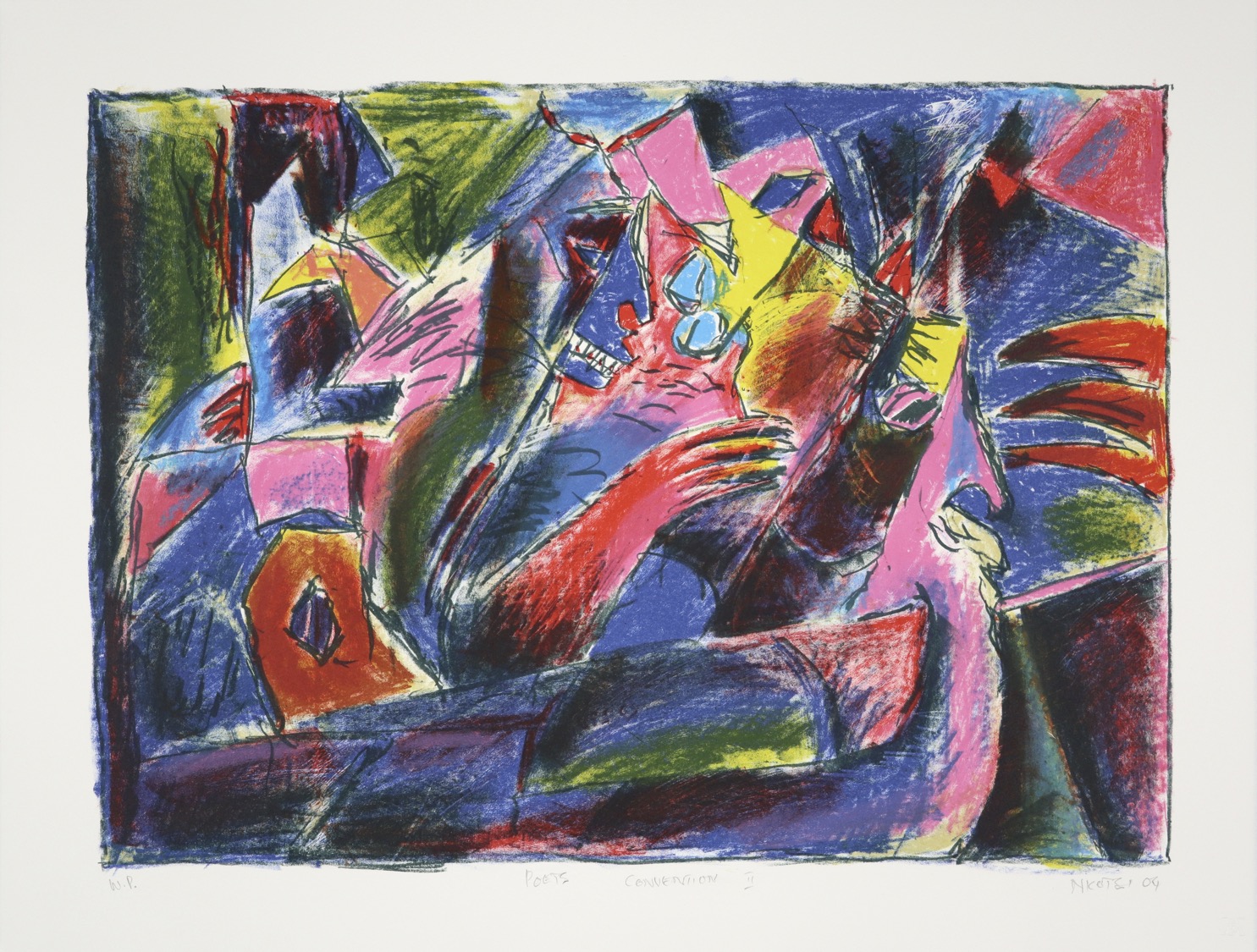 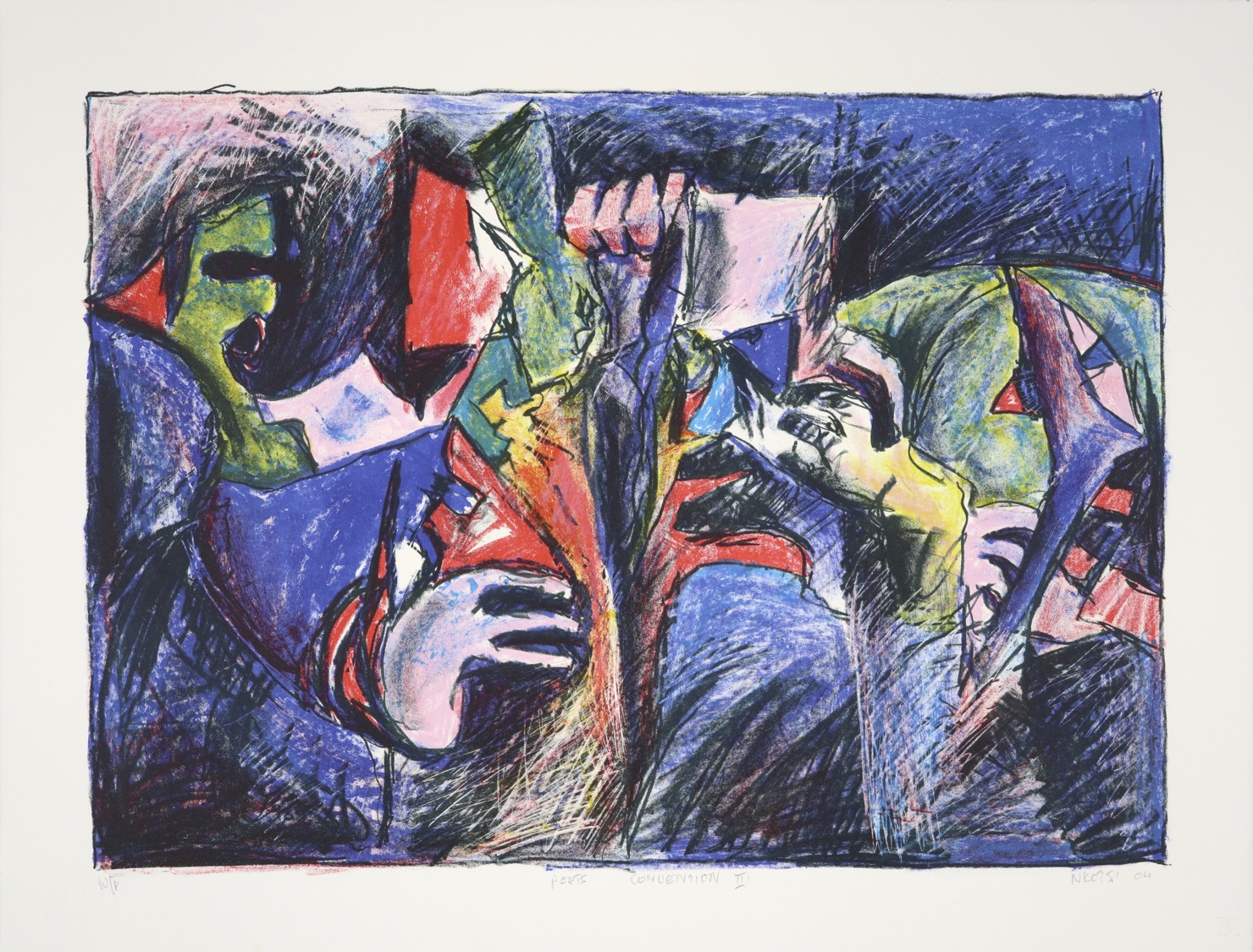