Ezrom Legae is one of South Africa's foremost artists and managed to pursue a career as an artist throughout the apartheid years.

Born in 1938 he studied under Cecil Skotnes and Sydney Khumalo at the Polly Street Art Centre and at the Jubilee Centre in Johannesburg. He went on to teach art and was an active member of the Amadlozi 69 group.

He exhibited extensively in South Africa and held solo exhibitions at the Goodman Gallery amongst others. Ezrom Legae also participated in many international group exhibitions, winning the Honourable Mention for Drawing at the Valparaiso Biennale in Chile in 1979. In 1969 he won the Oppenheimer Sculpture Prize.

Towards the end of his career, Legae had a studio at The Fordsburg Artists' Studios (The Bag Factory) and this is where met with Mark Attwood. Ezrom Legae did this print at the Artists' Press shortly before his death. It exemplifies Legae's mastery of the drawing technique and his ability to combine lyricism and strength in a small image. A single colour stone lithograph with chine colle.

South Africa lost a distinguished artist of the older generation when painter and sculptor Ezrom Legae died in Johannesburg this week at the age of 60 (1999), after a long illness. Legae received his early training at the Polly Street Art Centre and the Jubilee Centre under Cecil Skotnes and Sydney Khumalo, and is perhaps best known for his powerful and emotive 1977-78 Chicken series and the 1979 Freedom is Dead series.

His work has been shown all over Europe, and was part of the groundbreaking Ricky Burnett-curated 'Tributaries' exhibition in 1985, shown first here and then in West Germany. Awards received include the 1967 Oppenheimer Sculpture Prize and Art SA Today, and the artist is represented in most major museum collections in South Africa


For my friend Ezrom

A tribute from Linda Givon, former director of the Goodman Gallery

Thirty years of working together through the heaviest time in a country shattered by the cruelest and most devastating destruction, a nation's deconstruction and reconstruction.

You taught me how to look across the wall at the people who were so desperately subjected to unspeakable horror. Your sensitivity which leapt perception as a human being as well as an artist who touched my heart and my soul.

Your courage in a time when nobody dared to speak out in 1979 with your homage to Steve Biko and in 1980 with Freedom is Dead.

Your sculpture of burnt flesh and necklaced people, tortured but always lyrical with a sense of poetry and deep sensitivity.

Your warm sense of humour, usually with a twist of irony and often ending in tears.

Your compassion and love for your fellow man, your total dedication to your children and grandchildren.

Your humility as an artist. All these make the memory of a complete all-round man who will always remain as one of the treasures of our nation. It was fitting that you were chosen to present our great President Nelson Mandela with a bronze sculpture on his stepping down as head of the ANC.

You have enriched my life and those of many others.

Bayete. Goodbye, brother. May your spirit be free at last.

New editions from The Artists' Press 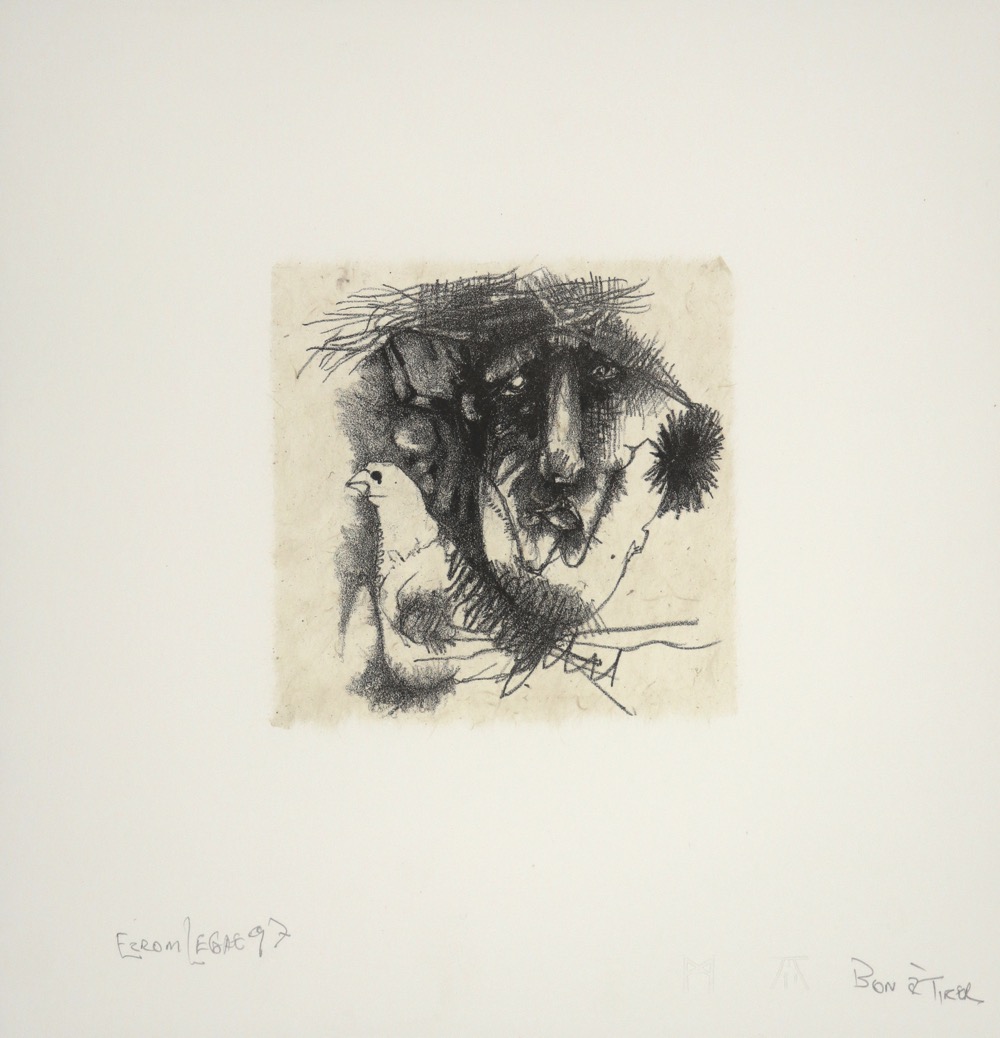 
Take a look at some more archives