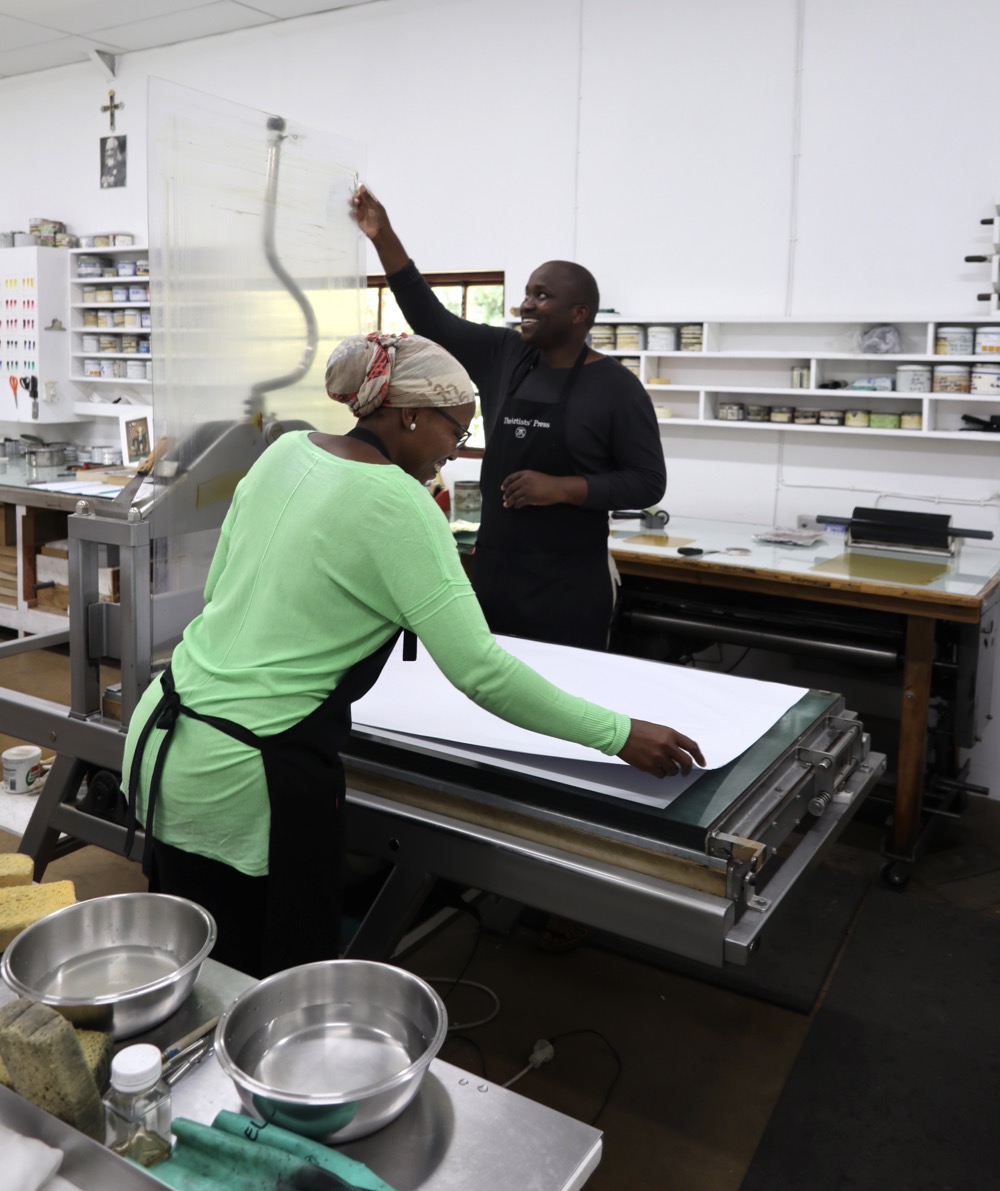 The South African print maker's world is relatively small and the market grapples with the nature of the economy of the country, which is a combination of the developed and developing world. Artists of the calibre of William Kentridge and an illiterate sculptor living on the border of the Kruger Park both call the country home. It is against this backdrop that limited edition printers work and have over the past few decades opened studios and workshops to meet their own and other artists needs.

South African print makers come from three backgrounds. Some artists will specialise in printmaking while they are studying and will go on to set up studios that just print their own work. John Moore is an example of this as he does all of his woodblock printing himself. Others can be found affiliated to "public" institutions such as universities and community art studios. These organisations are funded and do not have to rely on the services that they provide for an income. Printmakers who work like this include  Kim Berman at The University of Johannesburg, and Stephen Inggs at The Michaelis Art School Printmaking department.

Finally, there are the "private" workshops who rely on the work that they produce to sustain their printmaking activities. The media that they work in depends on the expertise and field of interest of the master printer who runs the workshop.

In the past, the identity of Southern African printmaking tended to be tied up in the world of linocuts and woodblock prints. This medium has developed the reputation of being a particularly African way of doing prints. From Cecil Skotnes and Dan Rakgoathe to Sandile Goje south African artists have mastered these techniques. Woodblock and linocut printing is a relatively accessible way to make prints and can be done with a minimum of materials and equipment. It also lends itself well to the tradition of carving in southern African art.

South African print studios are able to offer artists and collectors work in the full variety of printmaking techniques from computer-generated Iris prints to collographs, lithographs, monotypes and letterpress. This variety in media is apparent in the range of work currently available from South African print makers.