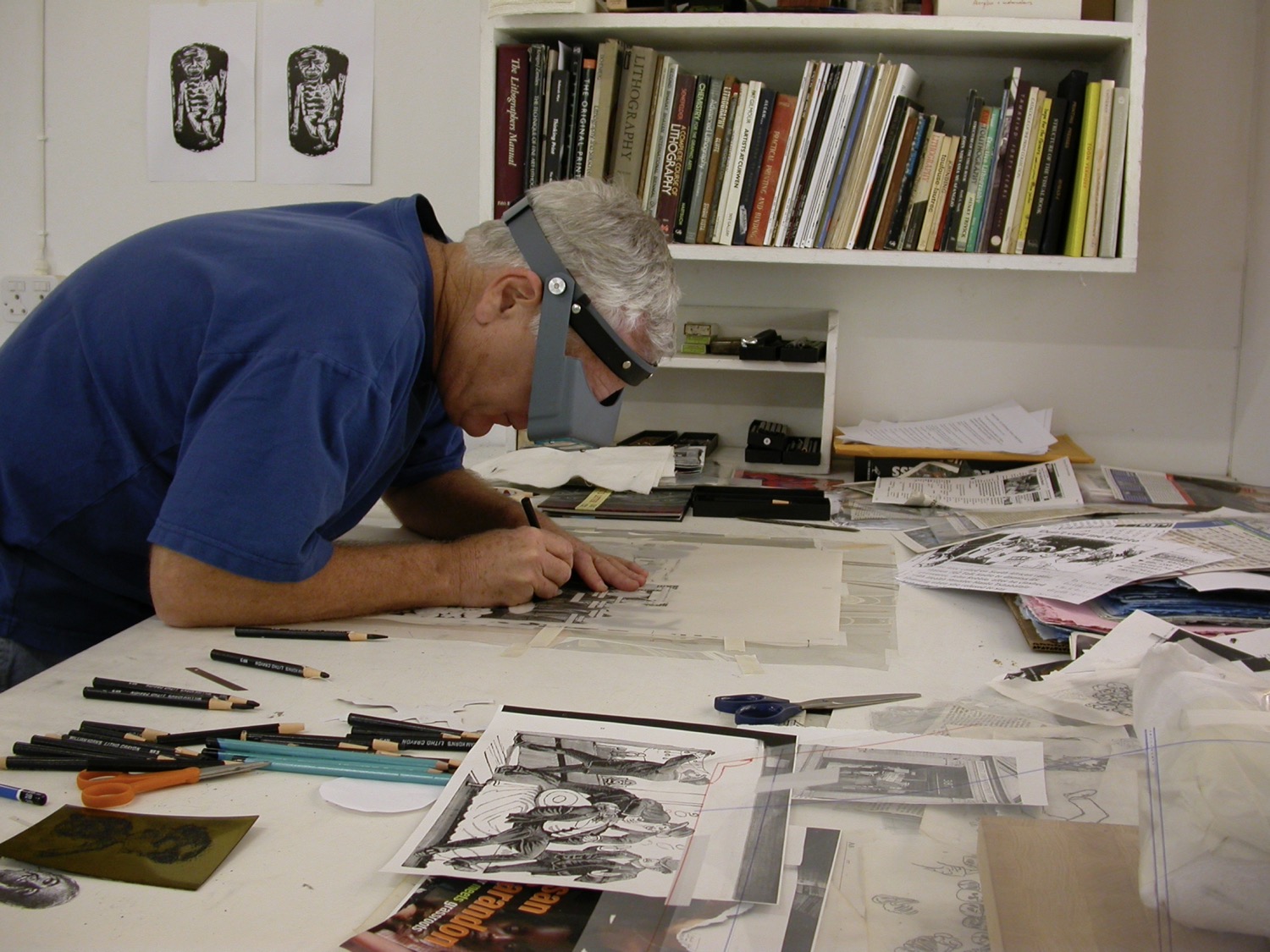 The Artists' Press has initiated a number of community outreach projects. Although we are a small business we try where we can and when the opportunity arises to positively engage with the community around us.

When we conceptualised The Ultimate Safari artists' book, Nadine Gordimer refused payment for the use of her text and story. Instead, she asked us to contribute to the Welverdiend community (near Hluvukani in Mpumalanga) in some way. As the women in the community are largely subsistence farmers it was decided that a Food Gardens Foundation workshop and membership would assist the women in a meaningful way. The Artists' Press paid for twenty women to attend a workshop where they were taught trench gardening skills and the principals of effective organic farming methods. As part of the workshop, they were provided with fresh vegetable seeds and relevant workbooks.

In 2003 just prior to the international Impact Print Conference in Cape Town the American artist, Eric Avery contacted the studio. Avery is not only a well-known print-maker but is also a practising medical doctor and therapist who works in one of the only state-supported hospitals in Texas. Avery's focus is on working with HIV positive people and much of his current artwork deals with issues around the pandemic. For the conference he produced a lithograph at The Artists' Press that folds out to reveal an Andy Warhol inspired image of dollar signs, this is coated with a dust of crushed up anti-retroviral medications. The Artists' Press covered the materials and technical time used in this project.

Eric Avery also produced a limited edition artists' book titled Hurry Up, Help Me. Africa is Dying. This was printed letterpress by Mark Attwood on paper that Avery had made in the USA. The fibre used in the paper was from discarded cotton clothing from the Amazing Grace Children's Home in Malelane. The Artists' Press had swapped new kids clothing for the used clothing so that the concept of the book carries right through to the material. The book was printed in an edition of 100 and was bound by HIV positive women in Cape Town and includes blood red glass beads, used by traditional healers in Southern Africa. The proceeds from the sale of the books have been used to buy the orphans underwear, crockery, school uniform material and three trolley loads of educational toys which a supplier of The Artists' Press gave to us at cost.

In 2005 a visiting print-maker to the studio, Todd Anderson, arrived with his wife Nicole Grimm. Grimm is a practising Art Therapist and we lost no time in putting her skills to use. She spent two months working with the local farm school at Brondal to conceptualise and paint a mural for one of their classroom exteriors. The Artists' Press coordinated the project and assisted Grimm to get the materials and equipment donated to the project.

Winter in the Lowveld can get very cold. So in 2008 we decided to take action. Tired of seeing the children of local farm labourers who walk to school each day (about 8kms each day) walking barefoot in the icy weather we decided to buy school shoes and socks for all the kids in the Macgregor Farm School. Much excitement was had when we delivered the shoes, as well as lots of confusion working out sizes! A big roll of Elastoplast was handed to the teacher to take care of blisters. After consulting with the teachers we bought grey school jerseys for each of the children, the chilly winter has meant that they have been well used. Every year since then The Artists' Press donated new uniform items as needed. The school was closed down by the Department of Education in 2015.

Since then the studio contributes to various other local organisations such as White River Hospice and Child Welfare. In addition, since 2016 we have refocused on tertiary education and each year make significant donations to local students and art education as well as contributions to Gift of the Givers (a South African NGO which is a disaster relief group of African origin). During the Covid-19 pandemic we used cotton fabric left over from various editions to sew up 1500 reusable facemasks. These were sewn by a local seamstress (providing much needed income during the collapse of the economy during lockdown) and were distributed by local organisations getting food relief to the most vulnerable people in Ehlanzeni. 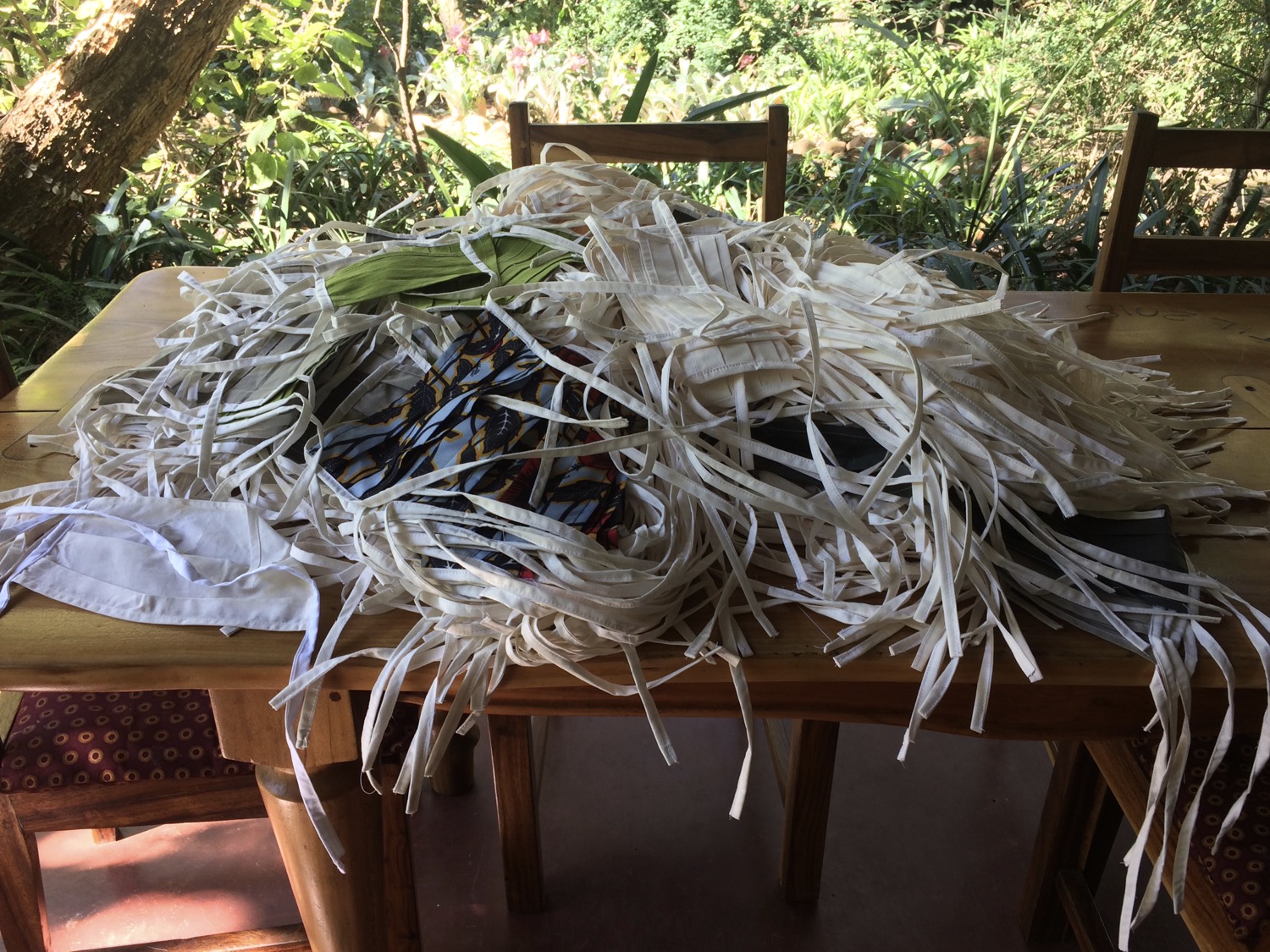 A batch of facemasks sewn up by Samaria Mavimbela during the Covid-19 pandemic. 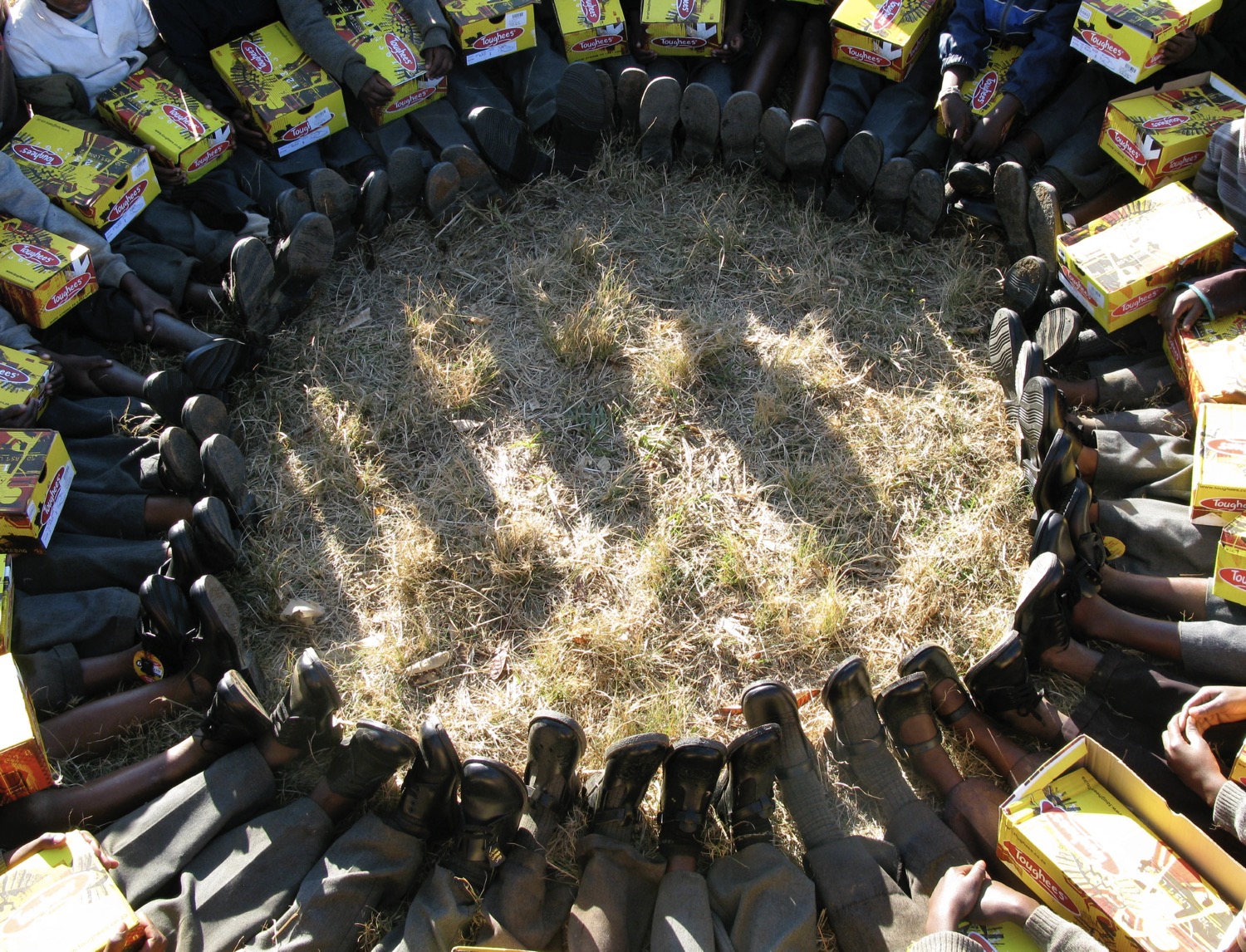 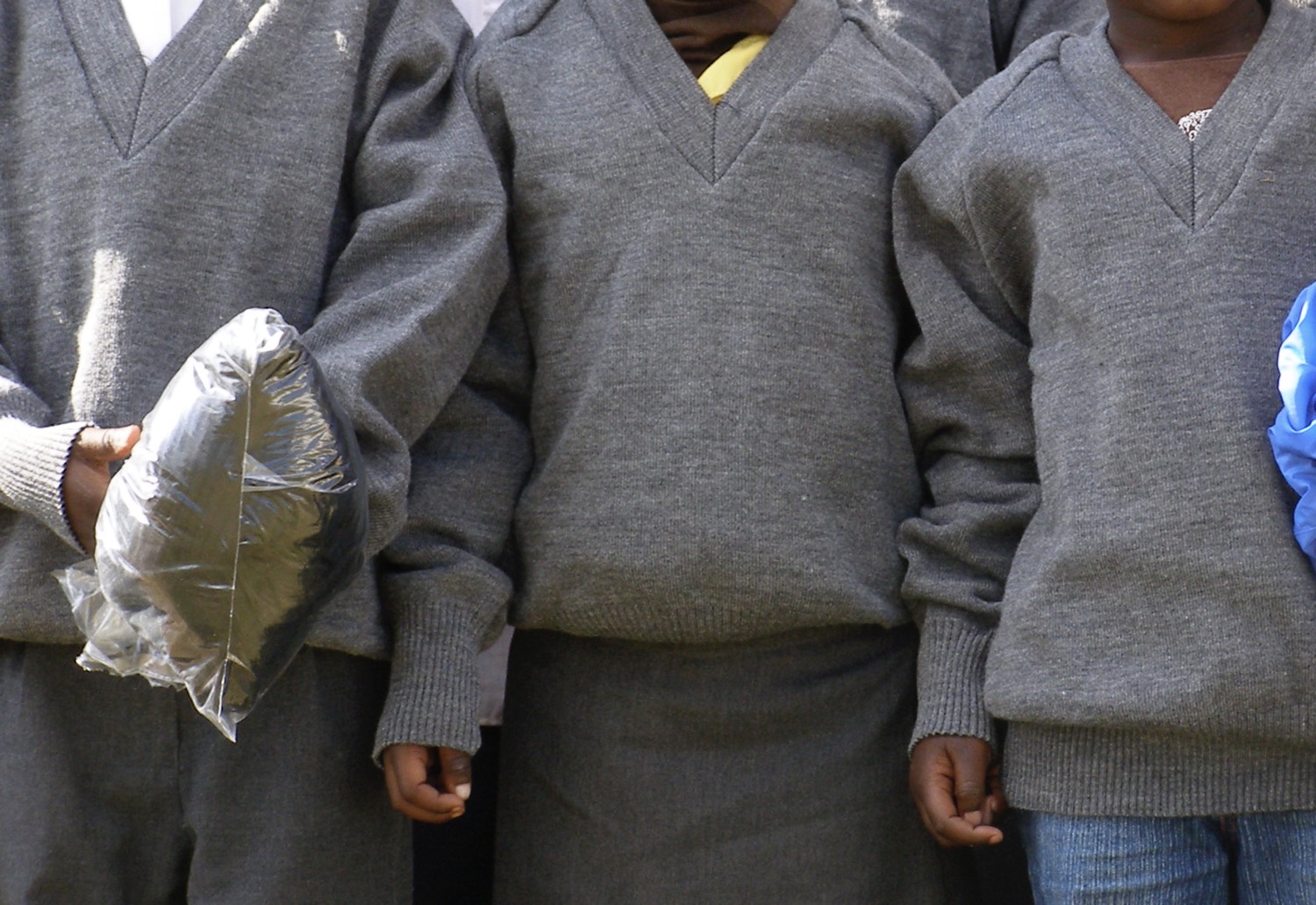 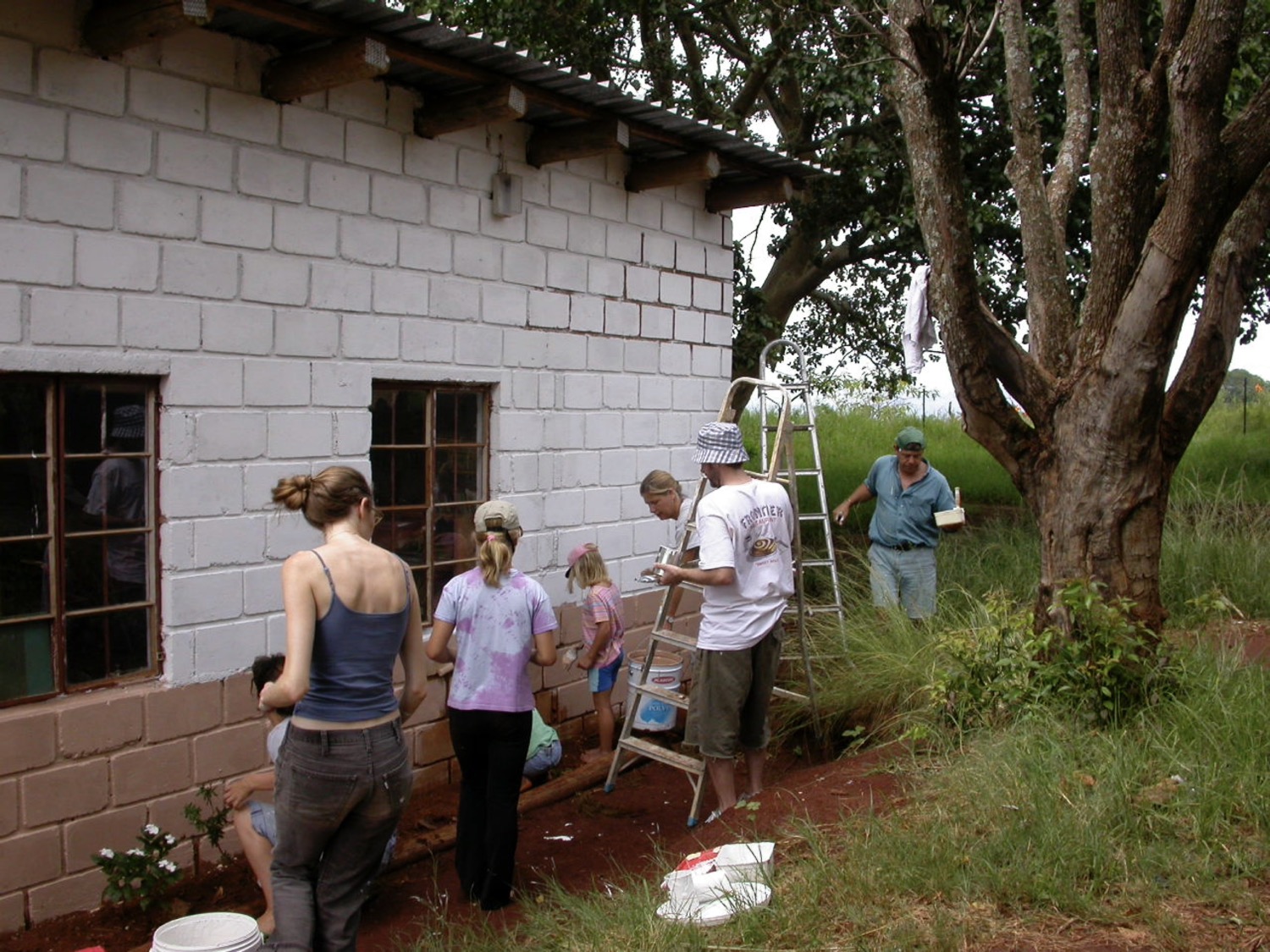 Children from a White River children's home drumming under the guidance of Leshoka Legate. 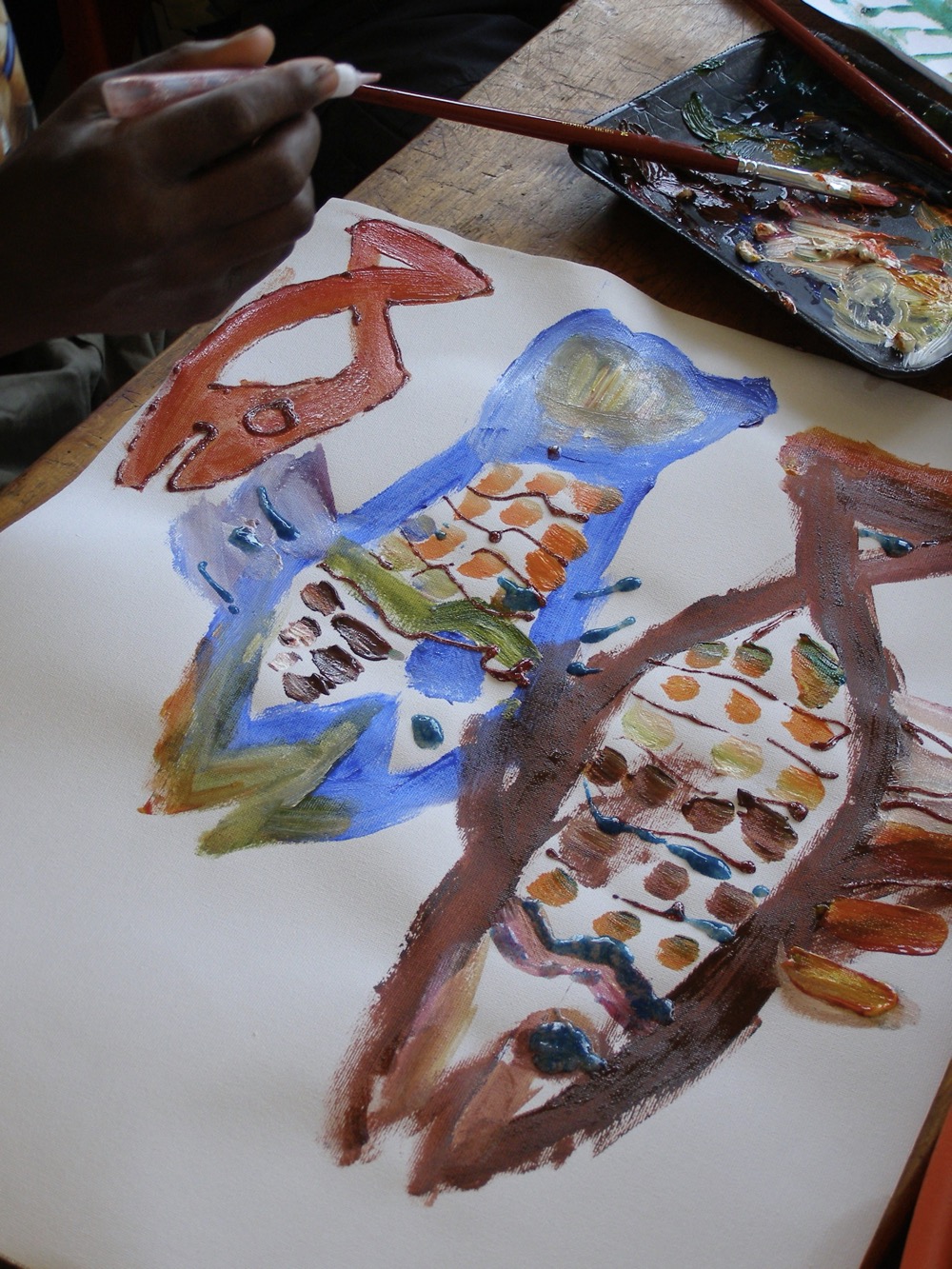 A painting session at a local farm school.