Fifteen Years of The Artists' Press 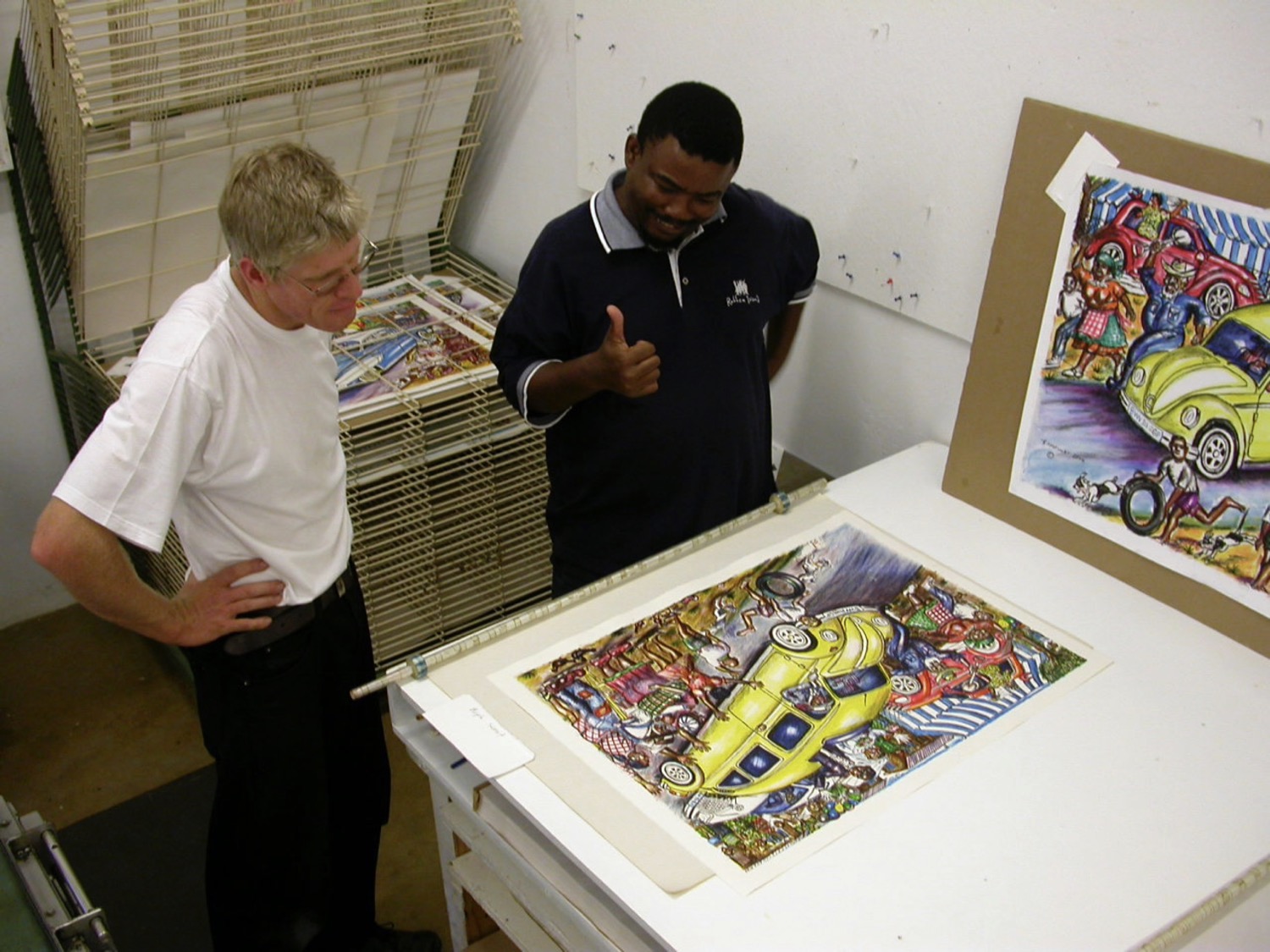 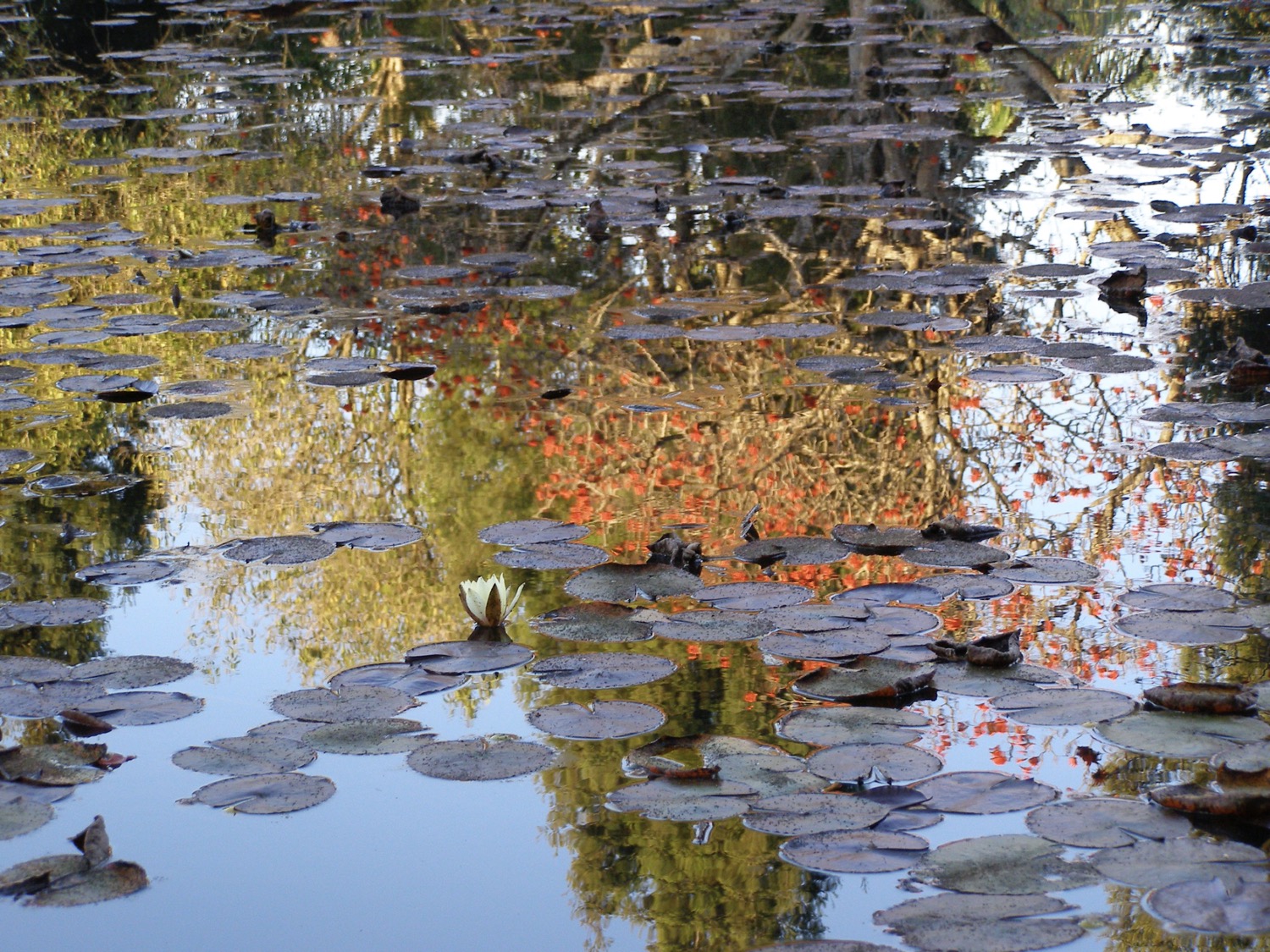 Written in 2006. The Artists' Press has been making impressions for over fifteen years. When a studio reaches such a milestone it is time to take stock and to reflect.

In 1991, having returned from completing his Master Printer Programme at The Tamarind Institute in New Mexico Mark Attwood met with David Koloane and Sandy Burnett and joined the founding group of artists at the Fordsburg Artists Studios or Bag Factory in Newtown Johannesburg. The first press in the studio was a Mailander, which Mark salvaged from being trashed in the UK (the press was given to him free, the shipping to South Africa was not!). Now armed with a venue, a qualification, some equipment and a lot of optimistic passion Mark set out in search of an artist to work with. He approached Norman Catherine (whom Mark knew from his childhood, having been involved in Fook Island antics with Walter Battiss and Catherine via his father Bruce Attwood). Norman not only agreed to Mark collaborating on a print but also agreed to advance him money with which to buy paper, ink and sandwiches. The result was a print titled Headman.

Rushing to Newtown after completing his 5 am shift at a commercial printing factory in the West Rand, Mark was able to start out on a journey that just seems to get more interesting and challenging as he continues along the road. A not so quick glance at the numbers in 2006 revealed the following:

Artists worked with: 107
Artists from 6 African countries and 7 other countries have worked in the studio.
Artists evicted from studio: one (in everyone's interest he will remain anonymous)
Languages heard in the studio: Swati, Nharo, German, Ndebele, Afrikaans, Sotho, Xhosa, Tswana, Pedi., Flemish, Dutch, Shangaan, Zulu, French and English
Editions printed on contract: 189
Editions published: 475
Total editions printed: 664
Lowest year of edition printing: 1997, 6 editions
Highest year of edition printing: 2004, 76 editions
Artists books produced: 13
Editions sold out: 229
Editions in stock: 246 (take a look at them at them on the artists' page)
Master printers who have worked in the studio: 6
Fullbright scholars in studio: 1
Other printers and assistants: 15
Tamarind Master Printers trained: one, Leshoka Legate with Syneth Nyandeni currently studying at Tamarind.
Presses in studio: 4
Creative egos to deal with: 129
Worst insult: "this is all just wallpaper to me" anonymous gallery owner
Best compliment: "Mark Attwood is the best printer in the world" anonymous "blue-chip" artist
Anxiety: all the time
Passion and excellence: the reason to print
Print: the reason to live!

Work editioned by the studio can be found in leading international and local public collections, these include the Museum of Modern Art, (NYC) The Smithsonian Institute, (Washington) The South African National Gallery, The Metropolitan Museum of Art (NYC) Bodleian Library (Oxford University), US Library of Congress, Johannesburg Art Gallery, University of the Witwatersrand Gallery Collection, Botswana National Museum and Art Gallery, South African National Archive, University of Cape Town, Winterthur Library (Switzerland), Durban Art Gallery and Yale University (USA). Private collections are too many to mention and span the globe.

Since the studio quietly opened its doors in 1991 The Artists' Press has been dedicated to bringing you the finest limited edition original prints available in South Africa. Our focus at The Artists' Press is on hand printed lithography, monoprints, letterpress and photogravure work. The artists that we represent are among the best in South Africa and have exhibited locally and internationally.

Our vision has always been:

To introduce global audiences to South African printmaking.
To provide artists with the opportunity to collaborate with master printers
To produce original prints of the highest quality.
To introduce visual artists to print techniques as a new medium.
To work with artists from marginalized communities to offer them new opportunities to get their voices heard and to promote their work through the collaborative process.
To contribute to the development and expansion of art in southern Africa by focusing on excellence.

Highlights from the past fifteen years include the launch (1994) of the artists' book Qauqaua, the first book ever published in a San language (in this case Nharo) as told by San storytellers and then translated into English. The arrival of the Tackach Lithography Press in 2000 and the only time that the press has borrowed money from a bank. In 2001 making the decision to quit printing artists invitations and catalogues and to totally focus on hand printing. In 2005 Mark and his partner Tamar Mason were awarded an Ampersand Fellowship. This included a private guided tour of the print department at The Museum of Modern Art and getting to check out Pace Prints in Manhattan. The time that we spent in New York and Washington was mind-blowing and inspiring as well as confirming to us that what we do here on the southern tip of Africa sits very comfortably with the best in the world.

In the Spring of 2005 we were taken on a special tour of rock art sites at Mthetomushwa when a group of Kuru artists were here to collaborate on prints, being with the San, probably the first to visit the sites since their very distant ancestors left the mountains hundreds of years ago was a moving experience and a reminder of the fragility of the planet. In 2006 welcoming Leshoka Legate home after he completed his Master Printing training at The Tamarind Institute. Leshoka joined the studio as a general assistant after completing matric in 1999. In 2006 wishing Syneth Nyandeni well as he made his way to Tamarind to do their Professional Printer programme. Syneth joined the press full time in 2005 after studying printmaking at the Artist Proof Studio in Newtown.

Working with diverse artists has resulted in challenges upon challenges, which so far we have been able to meet. Recently, as Mark was leaving William Kentridge's studio in Johannesburg Anne Kentridge commented, "Got another impossible task to do?" Weeks of brainstorming and trials and the work will get onto and off (involves lots of hand tearing) the presses in time for Kentridge's exhibition at the Philadelphia Museum of Art in October 2007. Mark recalls being very nervous as he drove his battered sky blue Toyota Conquest through some of the roughest streets in Johannesburg to deliver Kentridge's edition of Portage books (a Leporello). He had calculated the value of the job at being half a million rand and was very worried by the prospect of being hi-jacked. Fortunately, he made it and the value of the load is now way in excess of what it was then in 2000.

It was by selling some of Mark's printer's proofs that enabled him to move to Mpumalanga and to build a dream studio outside White River. Since 2003 artists who work at The Artists' press now do so in the luxury of a beautiful, quiet sub-tropical rural setting. Strijdom van der Merwe (a land artist of note) who recently collaborated with Mark took full advantage of this and spent all his spare time using the wide variety of "new" materials at his disposal in the garden. Having the studio, artists' guesthouse and home all on the same piece of land has meant that we are also able to get to know artists, collectors, curators and gallery owners well. A braai or meal on the stoep under clear starry skies can only improve conversation!

Artists needs have proven to be rather diverse: Nina Romm required a mattress to take cat naps on, Vetkat was unhappy with the lack of trees and natural vegetation in Newtown, Alan Alborough needed burnt charcoal frames for his very limited edition prints, Robert Hodgins has firm toilet paper preferences for working on his monotypes, Dumisani Mabaso is happiest working with a sprig of jasmine clipped into his lapel, Johann Louw preferred to work in the studio late into the night with no one else around, Flip Hattingh requiring a plumber to assist with making the brass cover for his book, Pat Mautloa needing a variety of medical bandages to build up texture on his print. Pat also took a shine to an old piece of wood that the studio used as a cutting board, the textures have since become the base for a painting of his. A fascinating artist to watch, according to Leshoka, was Nhlanhla Xaba who Sam Nhlengethwa described as like watching a master chess player at work. Working on the plate intensely and then taking a ten to thirty-minute break, just staring at the plate while he thought about what he was doing.

In addition to the regular work of collaborating and editioning prints, the studio has also participated in a number of exchanges, portfolios and artists books. These include Emandulo (1996), The Trickster Project with the Tamarind Institute and the Kuru Art Project in Albuquerque, New Mexico (1997), Forum Book Art special edition 2003/2004 (Germany), E-Pos II (2006/7) an exchange between South African and Flemish artists and writers. For the second Johannesburg Biennale (1997) Mark had established himself enough as a printer to produce work for Coco Fusco (USA), reference books which formed an integral part of her interactive piece, as did the rather Edgars-like red square printed on plain white for Felix Gonzalez-Torrez (USA). The beautiful "water" books that were printed for Cildo Meireles (Brazil) were installed at the Johannesburg Art Gallery and created the illusion of walking into a peaceful body of water.

It's been a fantastic fifteen years and we hope that you join us on continuing this printing path into the future! Below you can take a look at a few images from the studio archives, please let us know if you have any that we can add. Enjoy! 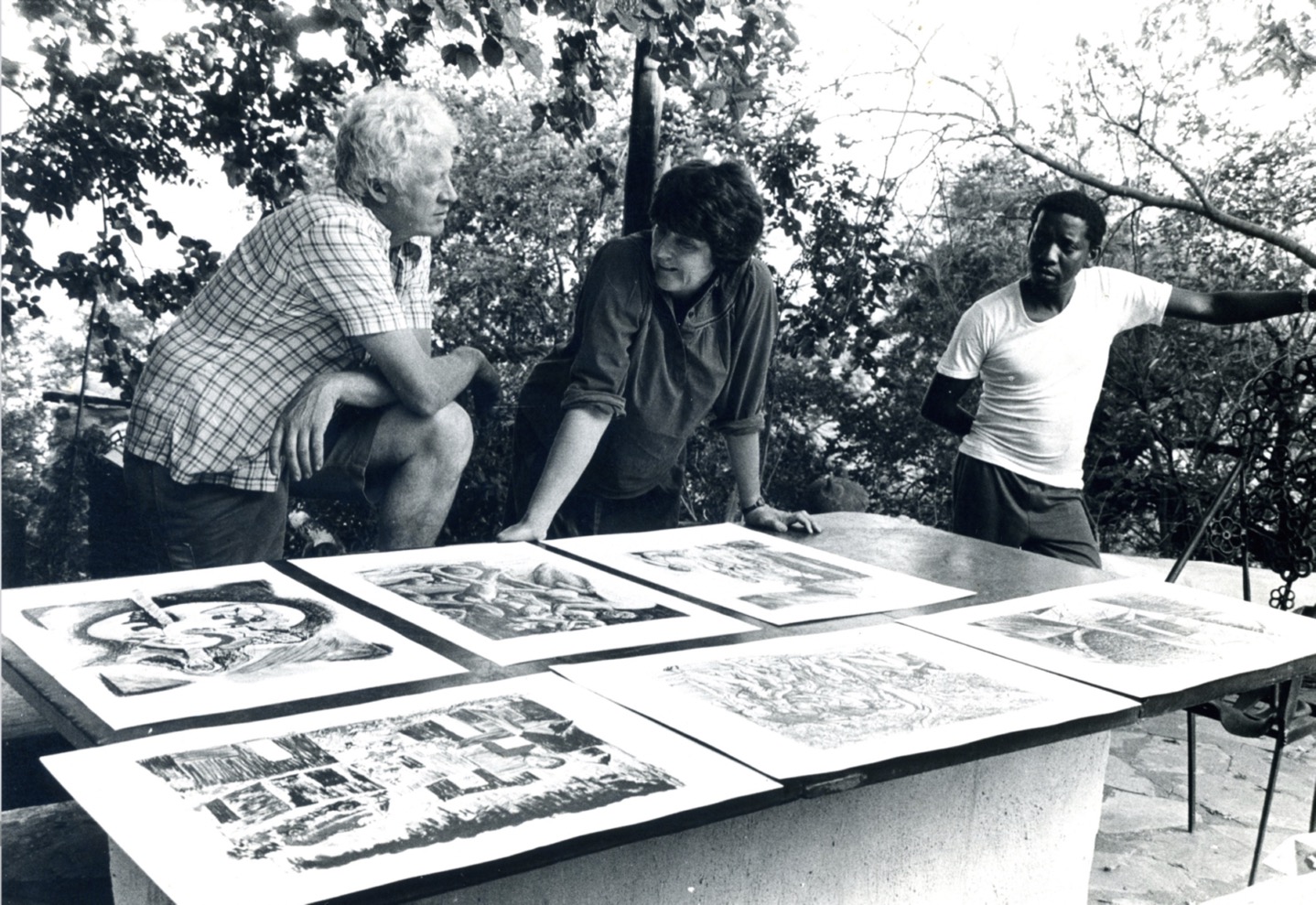 Bruce Attwood, Judith Mason and Pat Mautloa discuss
prints made at The Broederstroom Press on an offset press
by artists attending a Thupelo workshop. Mark Attwood
did his offset litho apprenticeship training in his father's
workshop. Broederstroom 1985. 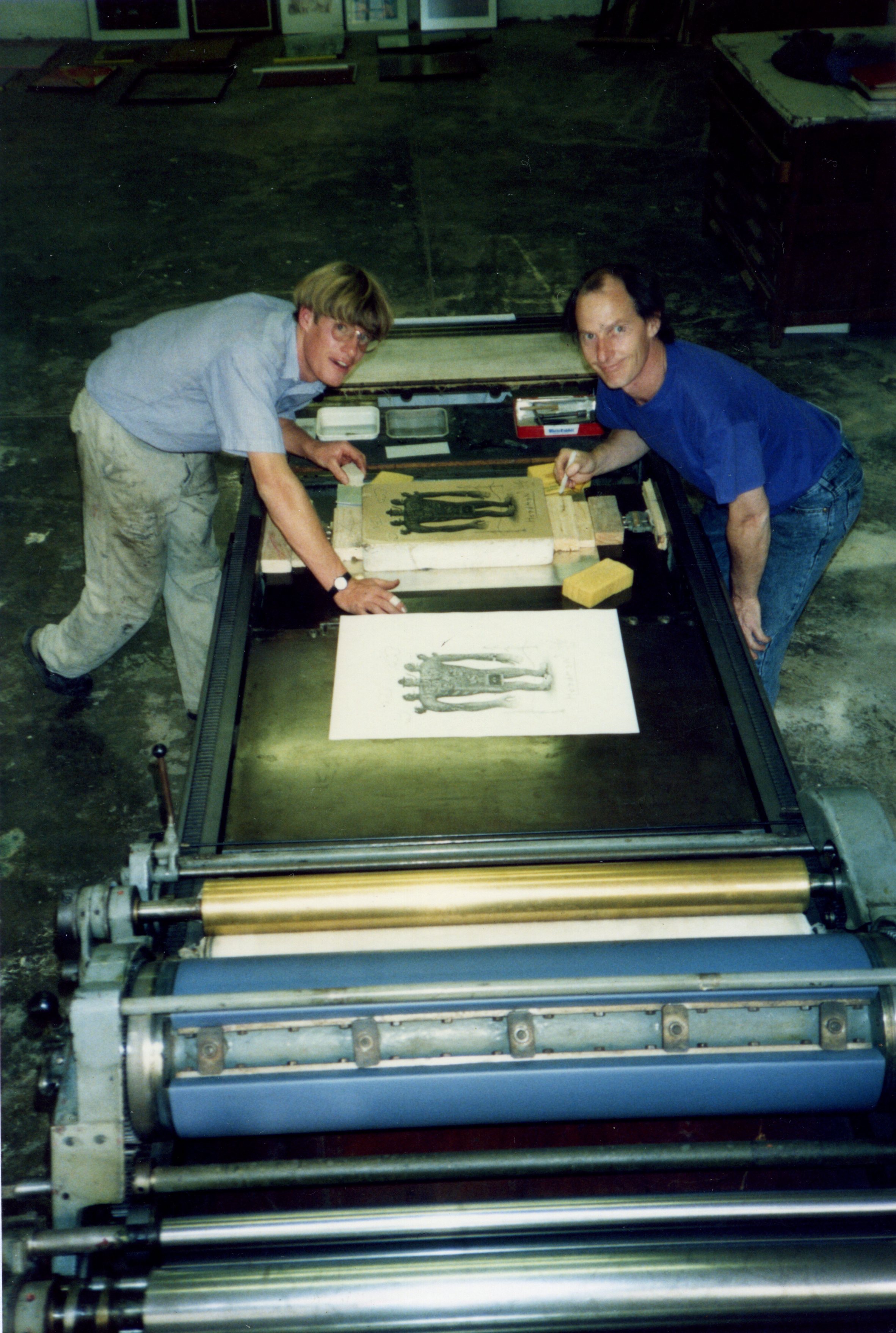 Mark Attwood and Norman Catherine working on
the first ever print to be printed by The Artists' Press,
aptly titled "Headman" 1991. 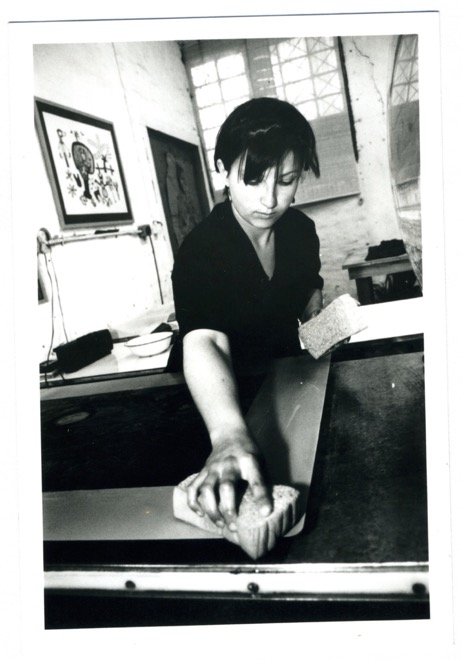 Hedwig Barry, one of the first press assistants to
work at The Artists' Press. 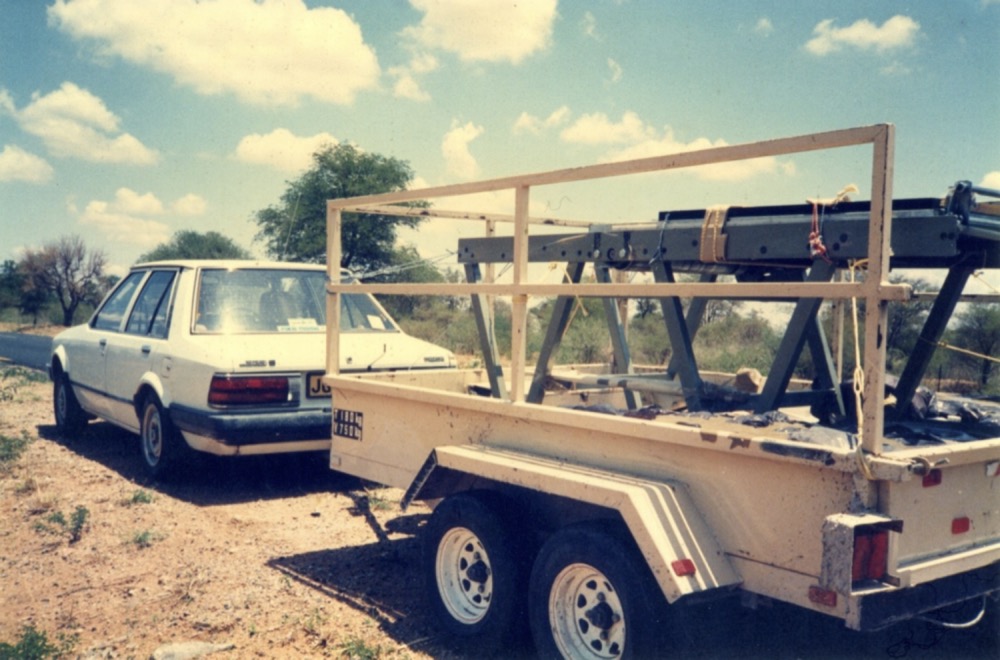 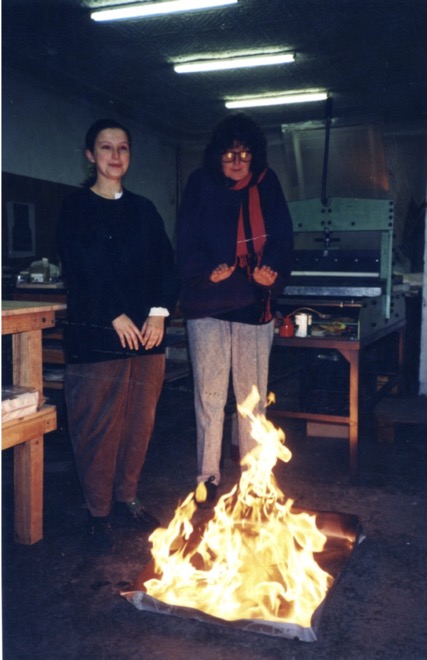 Hedwig Barry and Judith Mason warm up over an
improvised fire in the Bag Factory Studio (no insulation,
mid-winter), Johannesburg, 1993. 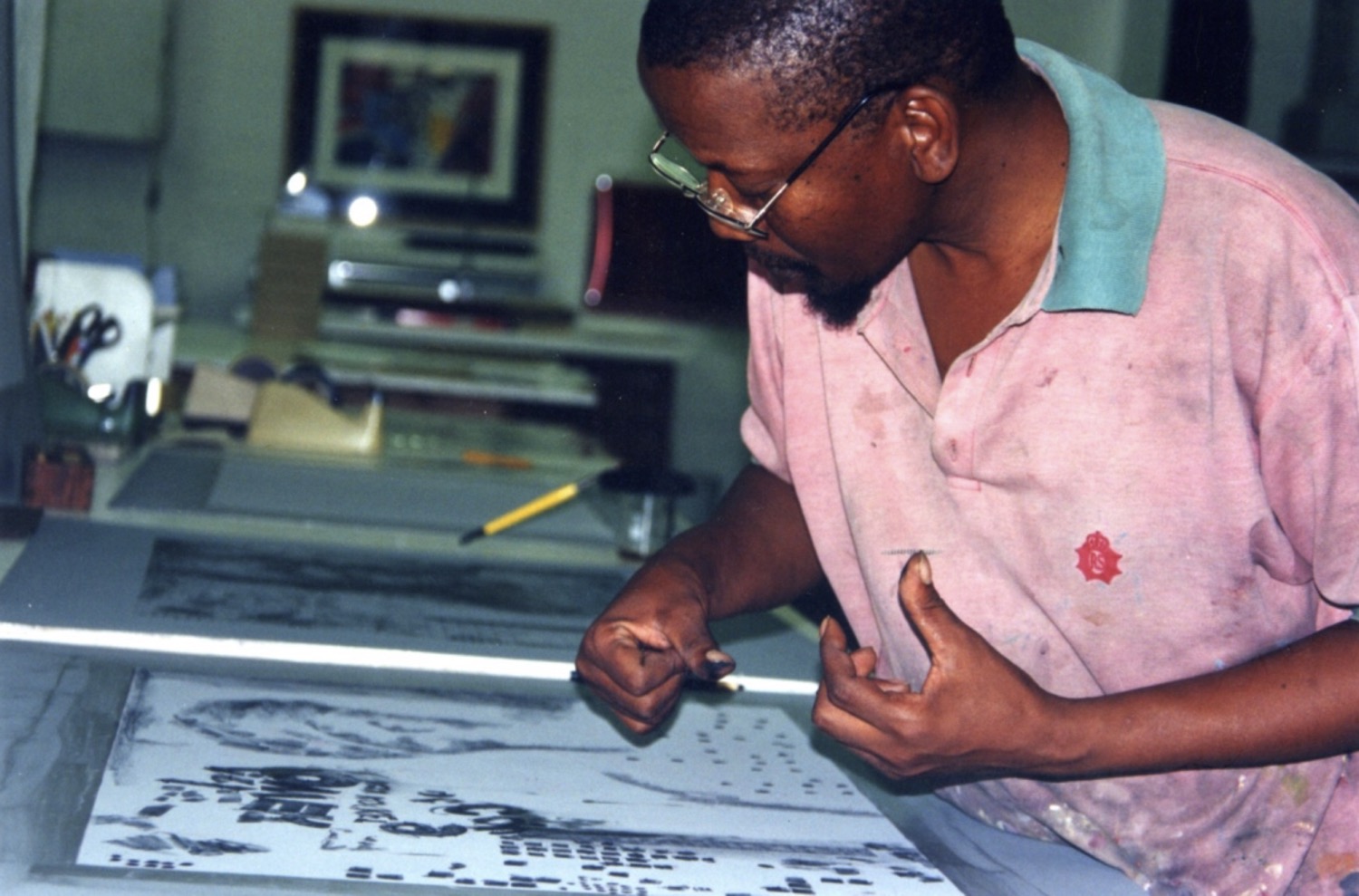 Pat Mautloa getting his fingers into the ink. 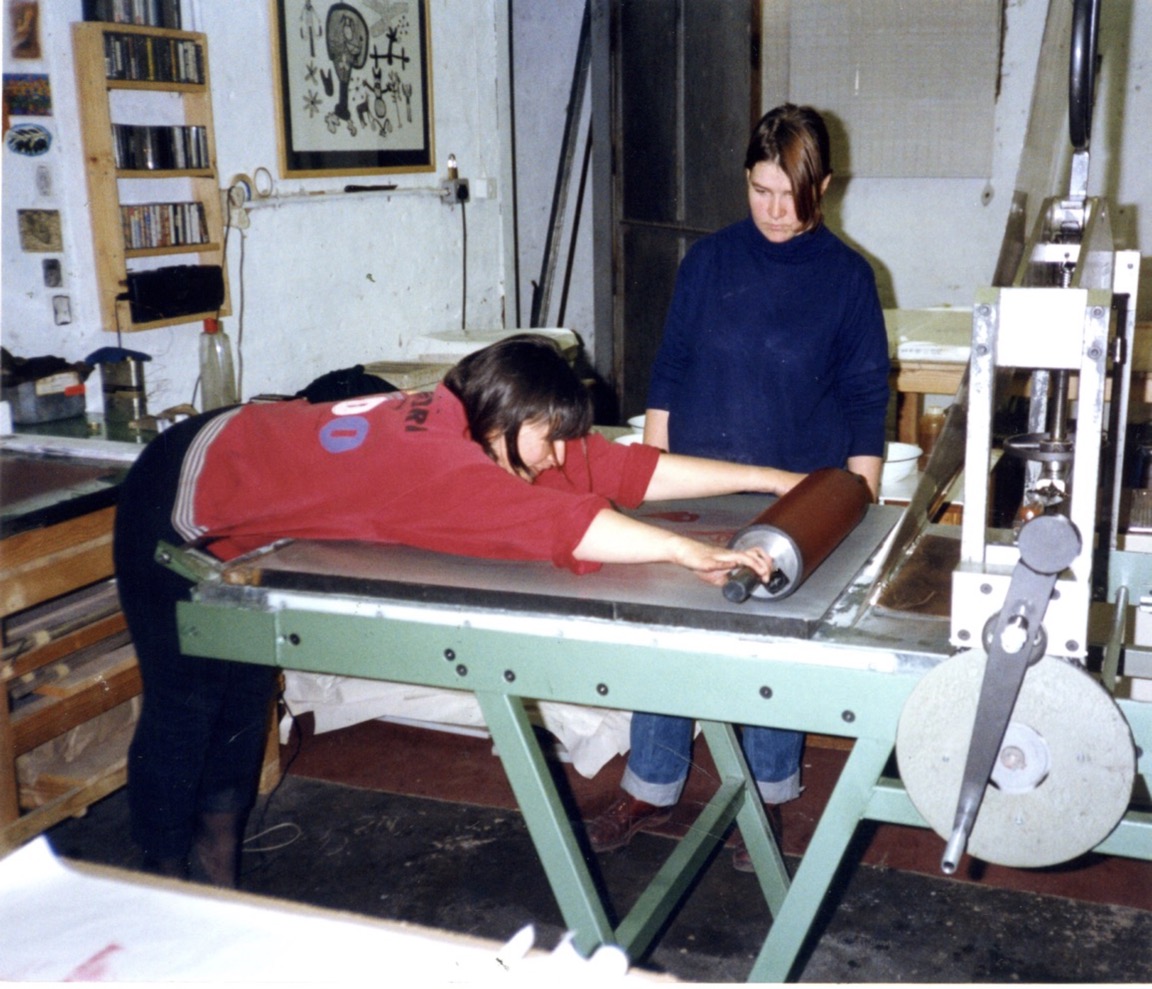 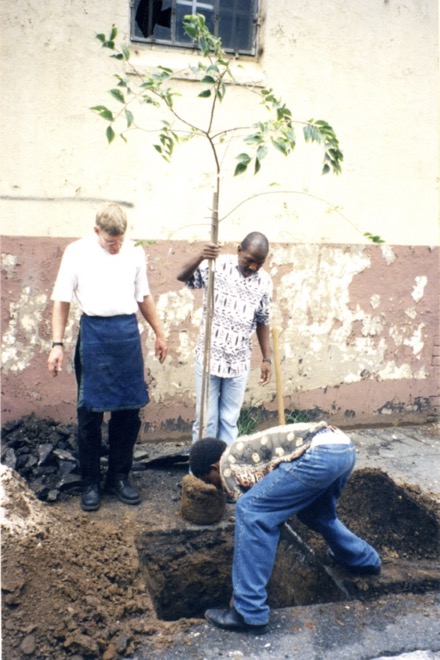 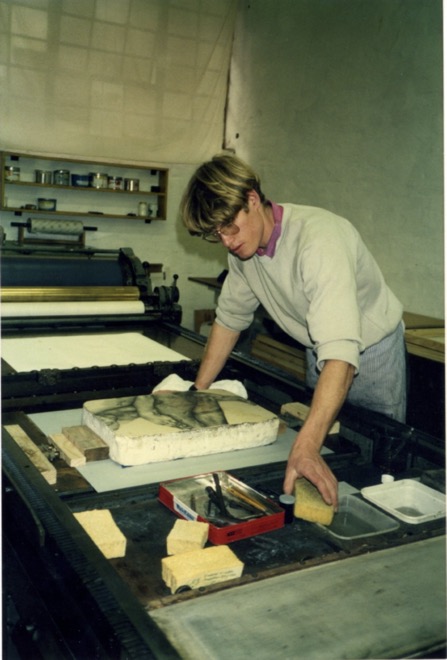 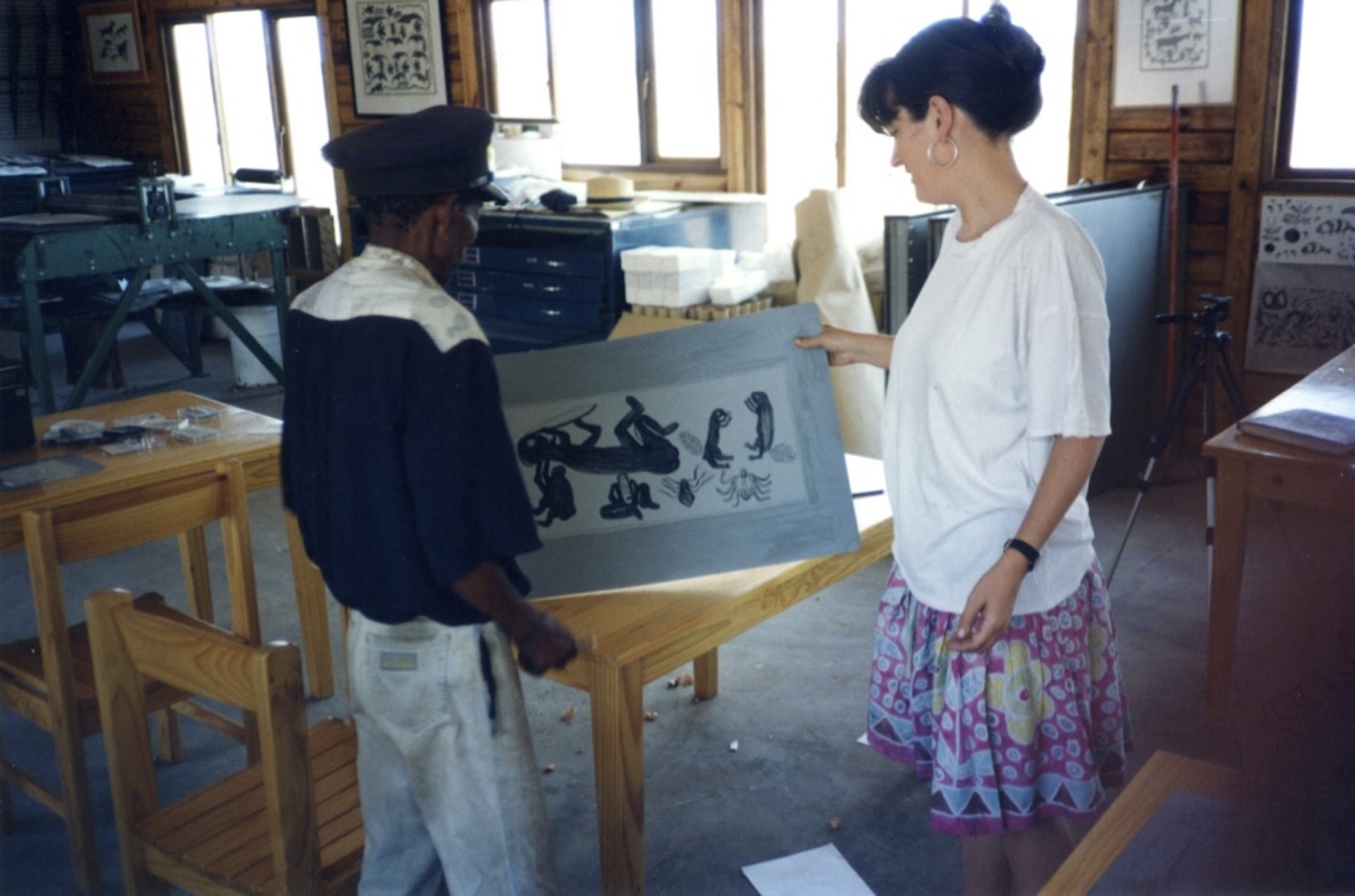 Qwaa Mangana and Tamar Mason discuss a plate
for the artists book Qauqaua. 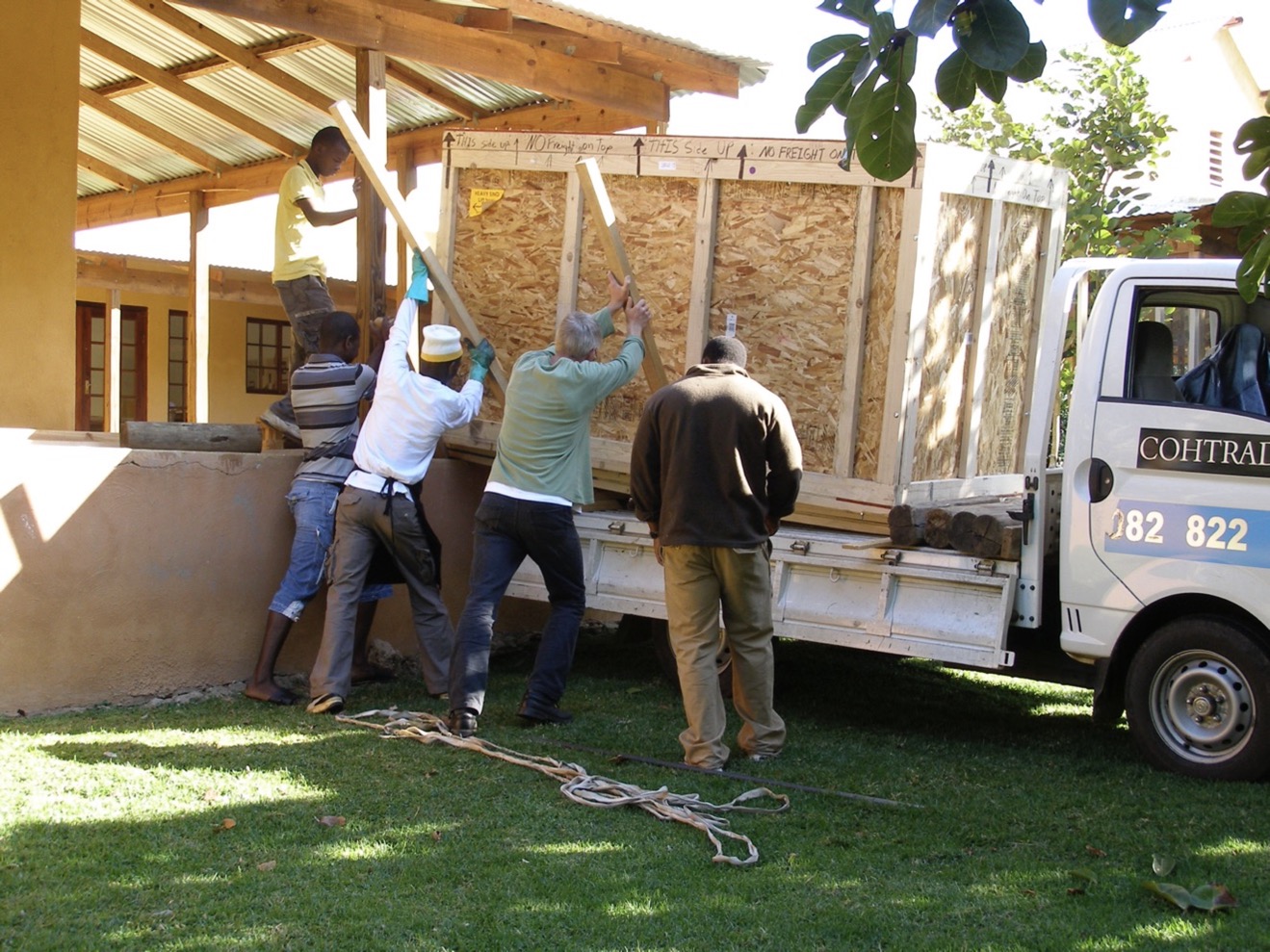 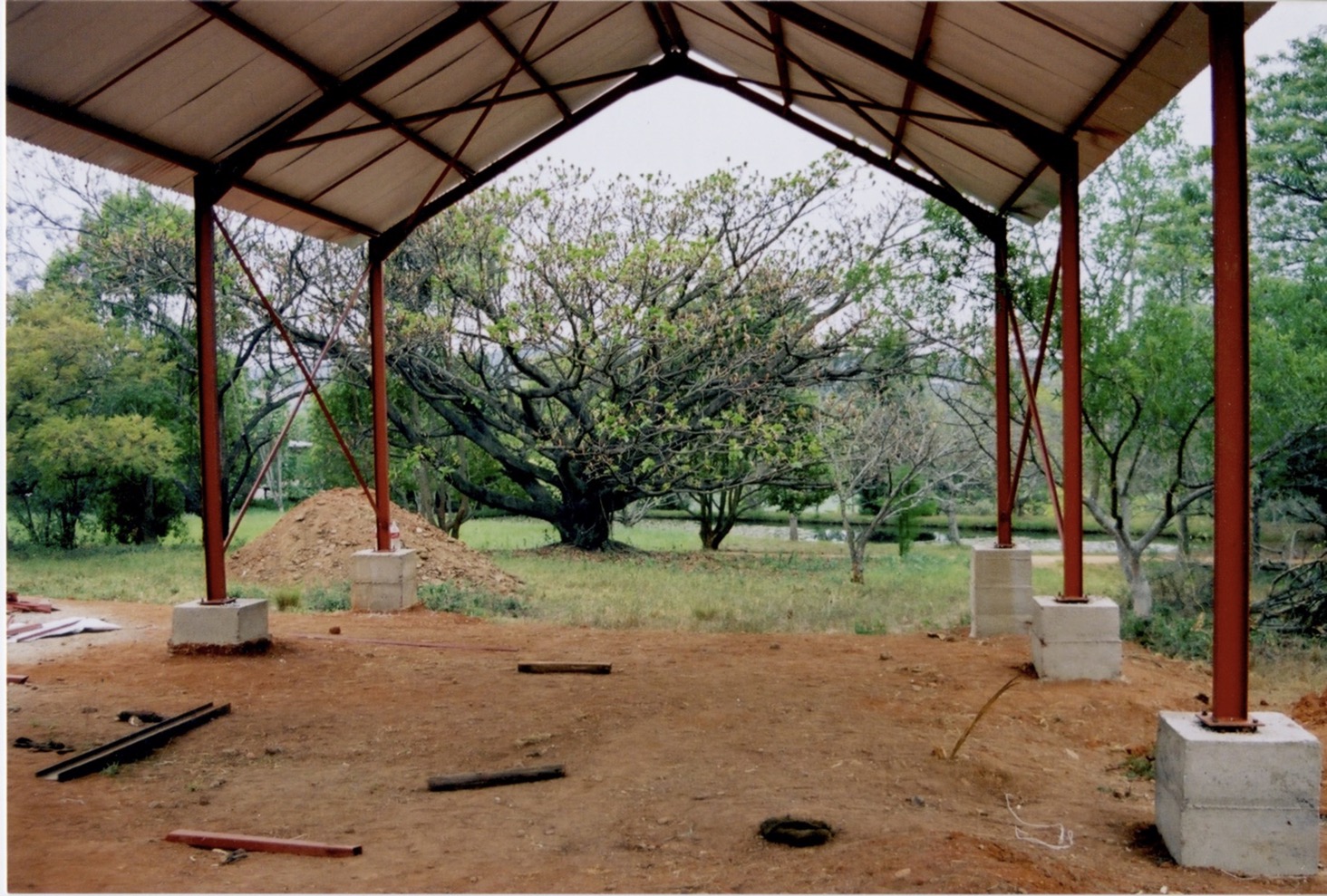 A new view, The Artists' Press
moves to Mpumalanga, 2002. 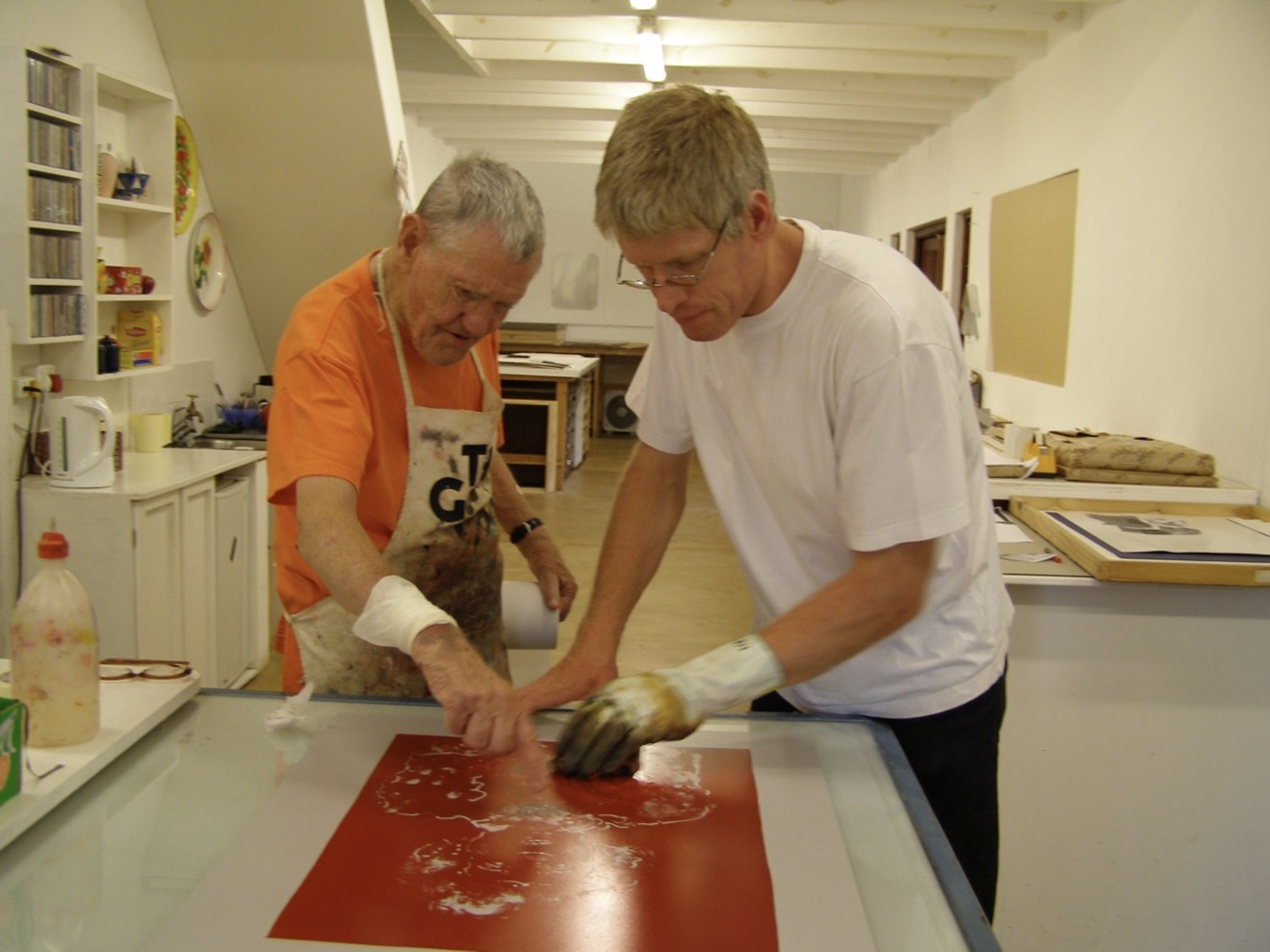 Robert Hodgins and Mark Attwood working on a
monoprint, 2005. 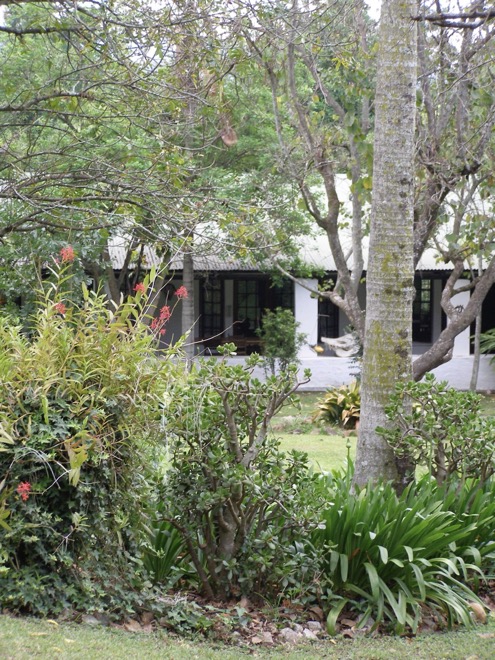 View of The Artists' Press Guesthouse
where artists stay when they work
in the studio, 2007. 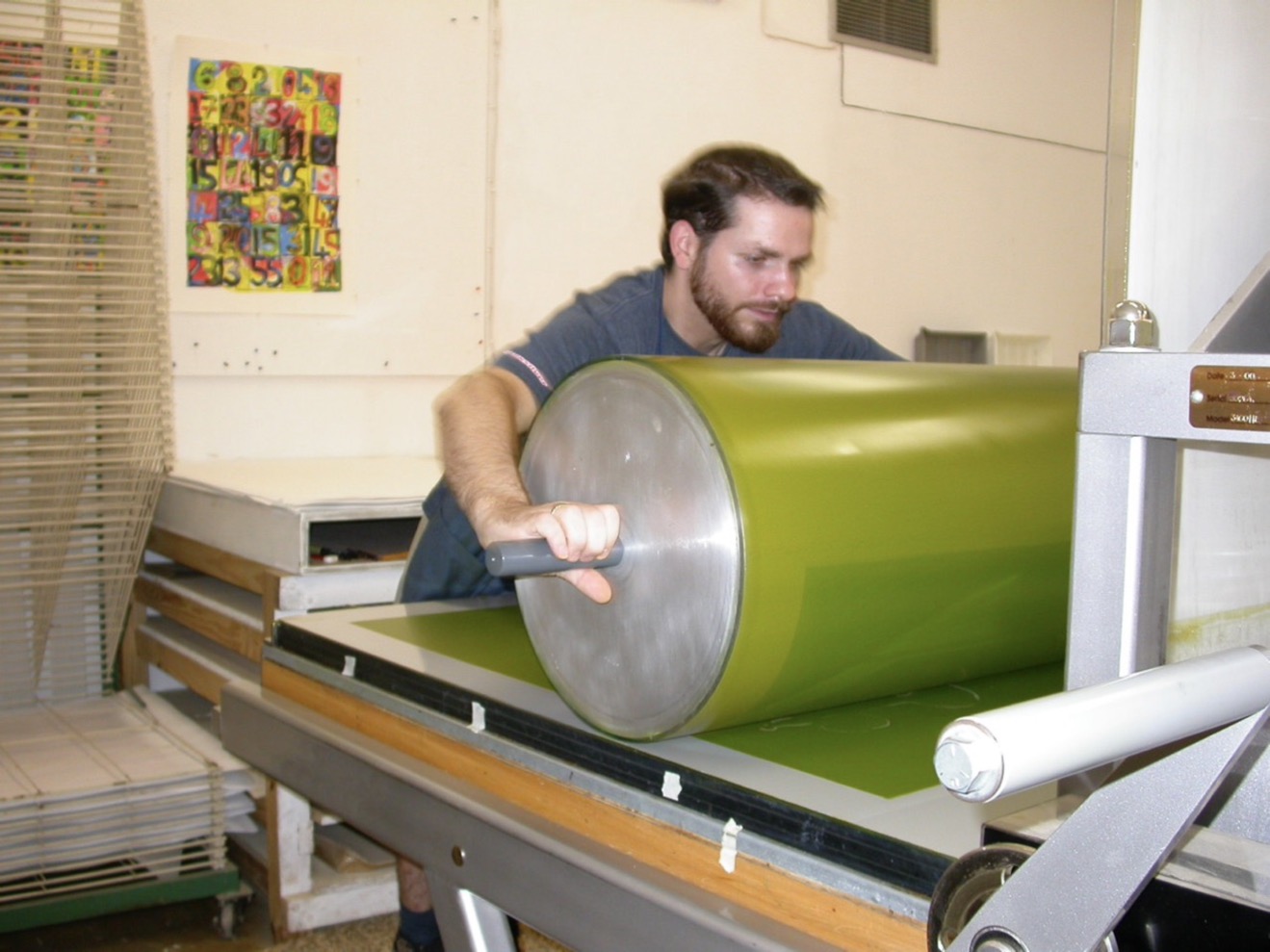 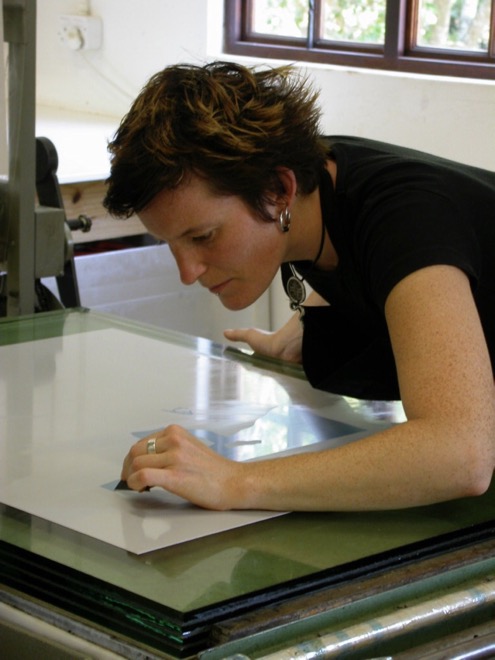